With about 20 different vegan milk to choose from, there are options to suit everyone’s different tastes. Some milk works better for some purposes than others, and each has its health benefits. Read on to learn about the many vegan milk options on the market and how you can enjoy them.

The most popular types of vegan milk are:

But we’re also seeing lots of other variations grow in popularity, like:

What Is Vegan Milk?

There are many reasons you may choose vegan milk over animal-based milk. For example, some vegan milk drinkers are vegan or trying to consume a more plant-based diet.

Other people may drink vegan milk if they are lactose-intolerant or avoid dairy for other health reasons. Some vegan milk drinkers prefer the taste of plant-based milk compared to animal-based milk.

In Some Cases, Vegan Milk Has More Calcium Than Animal Milk

Since cow milk is known for its calcium content, those switching to vegan milk worry they will not be able to get the same amount of calcium. However, many vegan milks are fortified with calcium.

Cow milk usually has around 15 grams of sugar per cup. Pea milk, almond milk, and soy milk typically have zero or one gram of sugar. The vegan milk with the most sugar includes rice milk with 10 grams per cup and coconut milk with seven grams.

If You Have Digestive Issues, Vegan Milk May Be a Good Choice

You do not have to be lactose intolerant to have digestive issues after drinking cow milk. Luckily, plant-based milk is usually gentle on the stomach.

Rice milk, soy milk, almond milk, flax milk, and coconut milk are all great choices if you have digestive problems.

Drink Fewer Calories When You Switch To Vegan Milk

Vegan milk is an ideal choice if you want a low-calorie alternative to cow milk. While cow milk has around 100 calories per cup, almond milk, coconut milk, soy milk, and pea milk all have between 30 and 80 calories per cup.

There are a few types of vegan milk with more calories, including oat milk and rice milk.

One big reason people choose to avoid cow milk is that the hormones in the milk can increase insulin and trigger Insulin-like Growth Factor- (IGF-1).

An increase in this hormone can lead to several issues, including cancer, acne, diabetes, and other health problems. However, since vegan milk does not contain this or other hormones, you do not have to worry about this issue with any vegan milk.

What is the best-tasting vegan milk?

The best-tasting vegan milk can vary somewhat depending on your tastes. However, a few kinds of milk are often thought of as tasting the best. Rice milk and oat milk are two of the best-tasting vegan milk. Neither has too strong a flavor, and they both provide some creaminess. Rice milk often has a slight sweetness, while oat milk is popular for those transitioning away from animal milk.

What is the best vegan milk for coffee & lattes?

The best vegan milk for coffee and lattes are usually creamy. There are also some vegan creamers you can choose from for your coffee needs. As far as regular plant-based milk, oat milk, coconut milk, and soy milk are some of the best options for coffee.

What is the best vegan milk for cereal?

Good cereal milk will be creamy and complimentary to the flavor of the cereal. Oat milk and Soy milk are some of the best basic options for vegan milk to pair with cereal. Honorable mentions include hazelnut milk and almond milk. You can also get vanilla or chocolate versions of this plant-based milk.

What is the best vegan milk for baking?

When determining the best vegan milk for baking, you want to consider the role milk usually serves in most baked goods. Milk provides protein, fiber, and fat to baked goods. Changing animal milk out for vegan milk should not affect the structure or taste of your baked goods too much. Soy milk is usually the best option for baking, thanks to its protein content. Lightly sweetened almond milk and coconut milk are also great for baked goods.

What is the best vegan milk for smoothies?

The vast majority of vegan milk works well in smoothies. The right choice for you will likely come down to your preferred flavor and nutritional goals. Coconut milk provides great flavor to a smoothie, while pea protein milk provides a hefty dose of protein.

What is the best vegan milk for the environment?

What is the best vegan milk for weight loss?

When looking for foods that aid in weight loss, look for vegan milk that is low in calories. Depending on your overall diet, you may also want to take fat and protein content into account. Almond milk and cashew milk usually have the smallest amount of calories.

What is the best vegan milk for kids & toddlers?

When introducing your child to vegan milk, start with soy or pea milk. Oat can also be an option, but it provides less protein. Avoid any nut-based milk, such as almond, cashew, or hazelnut milk, since children can be sensitive to nuts at an early age. It is always essential to consult a doctor about your child’s dietary needs.

What is the lowest sugar vegan milk?

The sugar content of vegan milk can vary a lot by brand. However, you can generally expect a low level of sugar from soy, hemp, and almond milk. When trying to avoid sugar, stick to plain vegan milk rather than choosing flavored varieties.

What is the lowest-calorie vegan milk?

The lowest-calorie vegan milk is almond milk since it contains 30 calories per glass. The vegan milk with the next-lowest amount of calories is coconut milk which has 45 calories per cup. Sometimes exact caloric content can vary by brand.

What is the highest protein vegan milk?

Pea milk usually has the most protein of all vegan milk since it has eight grams per cup, which is the same amount a cup of low-fat cow milk has. Soy milk comes close with at least seven grams of protein per cup. Honorable mentions include oat milk and hemp milk which have around four grams of protein.

Which vegan milk is most similar to cow’s milk?

In terms of nutritional value, soy milk and pea milk are the most similar to cow milk. These vegan milk both have comparable protein levels with significantly less fat and carbohydrates. Oat milk often tastes most similar to cow’s milk.

While there are around 20 types of vegan milk, a few varieties are the most popular. These are the kinds of milk you can most easily find in grocery stores and cafes. The ingredients are also readily available to make your version of these kinds of milk.

To make almond milk, you only need to blend almonds with water before straining out the solids.

To make soy milk, you need to soak soybeans in water overnight, remove the skins, blend, and strain.

When making oat milk, oats and water are blended and then strained.

Coconut milk is made by mixing shredded coconut with warm water and then straining it.

To make cashew milk, soak the nuts and blend. Often, no straining is necessary for this recipe.

You can make vegan milk powders by placing vegan milk in a dehydrator or an oven at a low temperature.

Beyond the most common varieties, there are several types of vegan milk you can try.

Hemp milk is a vegan milk ideal for those who want a nut-free option. It has a light and nutty flavor and comes from hemp seeds.

Banana milk (not to be confused with banana-flavored dairy milk) comes from blended bananas and water. This beverage is creamy and slightly sweet, and it has plenty of potassium and other health benefits.

The high-protein pea milk is a creamy beverage without any soy, nuts, or other allergens. It is also quite low in sugar and carbohydrates compared to other vegan milk.

Derived from ground flaxseed meal, flax milk is slightly nutty-tasting milk. It has plenty of omega-3 fatty acids and many vitamins, including vitamins A, B12, and D.

This nutty and slightly sweet milk is creamy and great as a creamer or in baked goods. It has around three grams of protein and only one gram of carbohydrates per cup.

Macadamia nut milk comes from macadamia nuts. The texture is quite milky, and the taste is slightly sweet and nutty. This milk is a good choice for a ketogenic diet.

There is no need to cry over spilt milk with the number of vitamins, minerals, and dietary fiber you can get from this milk.

While you can easily make your own vegan milk, there are several brands you should consider if you are looking for the convenience of purchasing your vegan milk. Some of these brands offer several types of plant-based milk, while others focus on one specific variety.

Oatley is one of the leading oat milk brands. The company sells chilled oat milk and shelf-stable oat milk, as well as ice cream. The oat milk from this company is Non-GMO Project Verified.

Califa offers many vegan milk varieties and similar products, including creamers, coffee, juice, and more. Those products include plant-based milk made from almonds, oats, coconut, and blends.

Rice Dream is Dream’s rice-based beverage. In addition to Rice Dream, this company offers oat, soy, and coconut products. Rice Dream is USDA organic and has no GMOs.

Though Silk is primarily known for its soy milk, the company also offers almond, oat, coconut, and cashew milk. It also has several vegan milk-based products, such as yogurts and creamers. These products do not contain GMOs.

Good Karma offers flax milk and Plantmilk. Plantmilk is made from a blend of oats, flax, and peas. These milks come in several flavors. The company also sells other products, such as sour cream, dips, and creamers.

Milkadamia is a company that offers many macadamia-based milks and a buttery spread. This company prioritizes regenerative farming practices.

What are the most popular types of vegan milk?

There are many types of vegan milk on the market, and it can be confusing to choose the right one for the dietary restrictions you’re following. Here are some things to consider when choosing vegan milk:

Most recipes that call for milk will turn out fine if you use a vegan milk option instead. Vegan milk can also be used in baking or to make creamy soups and sauces. Each type of vegan milk has a slightly different flavor and consistency, so it’s important to choose the right one for your recipe. 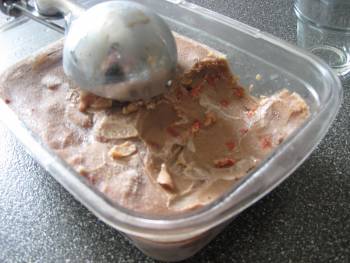 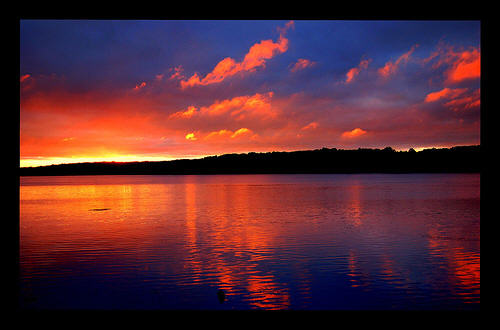