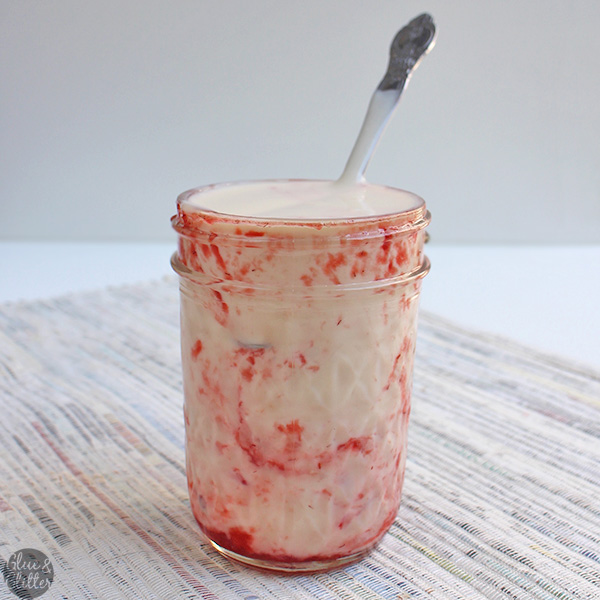 Making homemade vegan yogurt is easier than you think! Here are two tried-and-true methods for you! Before I made my own yogurt, it seemed like some level 7 kitchen nerd stuff. But you guys! Fermenting your own homemade vegan yogurt is so, so easy! The good bacteria do most of the work. The hardest part for me is waiting while they do their thing.

This first method is how I make soy yogurt at home in my Instant Pot Duo. The Instant Pot has a Yogurt button, and making yogurt is basically as easy as pressing that button. One important note: I have only had success with this recipe using soy milk with no additives. I’ve tried other store-bought soy and almond milks, and they’ve all ended in disaster. Follow the simple instructions below carefully, though, and revel in homemade vegan yogurt success!

One other note: My soy yogurt recipe doesn’t use any thickeners or gums. That means it’s going to be thinner than store-bought. I don’t mind this texture, but you can thicken your homemade vegan yogurt by straining it through cheesecloth. Andrea’s method, which she shared over at Vibrant Wellness Journal, doesn’t require any special equipment. Andrea says that she’s made her recipe with many types of unsweetened vegan milk: soy, cashew (both homemade and store-bought), and with full-fat canned coconut milk. She says that full fat coconut yields the creamiest results, but all of these turned out great.