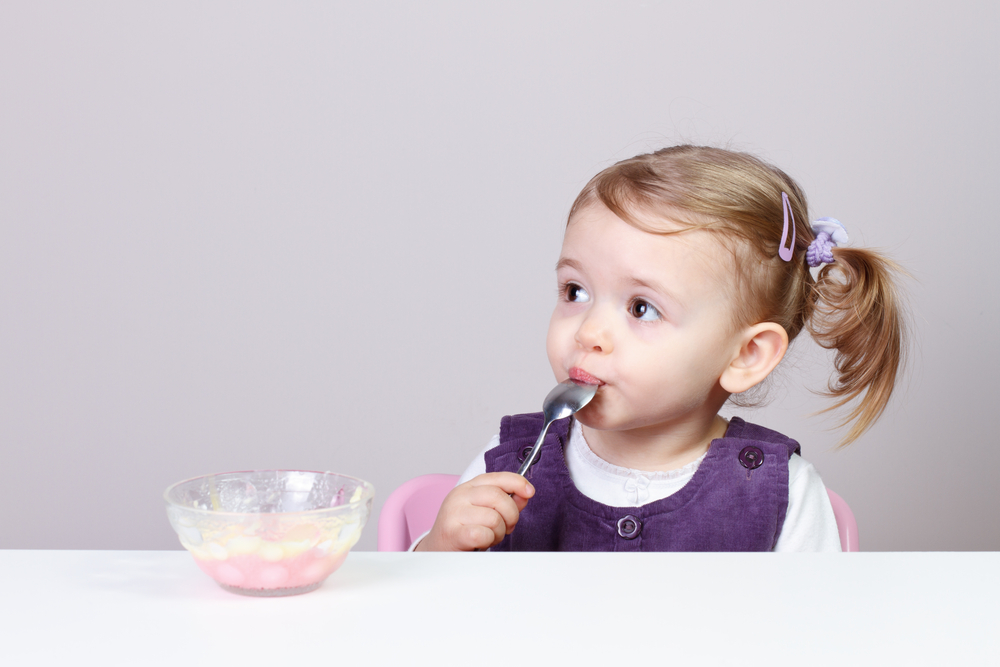 How Much Lead In Baby Food Is Too Much? Seems like a silly question! Any lead should be too much, right? Not according to the law.

Beech-Nut, Gerber, Del Monte, Dole, Smucker’s, Welch’s and other baby and children’s food manufacturers and retailers have been battling in court for two years to avoid having to label their products as containing lead, a label required under California’s Proposition 65 regulation. Prop 65, the Safe Drinking Water and Toxic Enforcement Act of 1986 aka. the Toxics Right to Know law, was written “to protect California citizens and the State’s drinking water sources from chemicals known to cause cancer, birth defects or other reproductive harm, and to inform citizens about exposures to such chemicals.”

In 2011 the Environmental Law Foundation filed a lawsuit alleging the toxic chemical lead was found in a variety of children’s and baby foods. The food categories include grape juice, packaged pears and peaches, fruit cocktail, and baby foods containing carrots peaches, pears and sweet potatoes. The lawsuit sought warning labels on the offending foods under Proposition 65. (ELF published a list of the products they assert that had lead levels high enough to require a warning under Prop 65 as well as those that do not.)

According to Allyson Fair, an attorney at BraunHagey & Borden on their on their blog Food Fights, food companies argued that their products do not require a warning because:

No One Refutes That There Is Lead in Baby Food

I suggest reading Ms. Fair’s analysis of the case because she presents some compelling arguments as to why kid’s and baby food manufacturers should not have to label their products under Prop 65. However, I can’t stop thinking about the underlying question of how much lead is too much?  In particular, the issue of safe harbor lead levels. According to Fair:

The safe harbor is measured in terms of exposure, not content, with the parties debating whether the exposure should be calculate based on the content of a single product sample, or based on the average lead level across multiple product samples. This is significant where, such as in this case, the lead content varies widely between samples.

It makes me wonder: Why does the lead content vary widely between samples? Does it vary by product? If so, shouldn’t we know which products are worse than others?  Or when you buy any given product on the offending list is it a roulette game with regard to which bottle you happen to pull off the shelf? ELF is not releasing the specific testing data on each product because it “is confidential information provided to a law enforcement agency about a possible violation of law.” Ugh.

Fair goes on to say:

Exposure over two weeks? Yikes! Isn’t any exposure too high? According to ELF, there is no safe level of lead, especially for children and lead exposures and effects are cumulative, over time and from multiple sources.

Finally, according to Fair:

The Defendants argued that scientific evidence generally applicable to soil conditions worldwide – evidence showing that generally, soil 30 cm from the surface and below contains naturally occurring lead, while soil 30 cm from the surface and higher contains “anthropogenic” lead, or lead resulting from human activity. Defendants argued that because the ingredients at issue absorb soil primarily through their deeper roots which reach below 30 cm, the lead in those ingredients is naturally occurring. Further, the “naturally occurring” exception applies only to the extent that the lead “was not avoidable by good agricultural or good manufacturing practices.” Therefore, the Defendants also had to show they used these practices and no unnecessary lead was added in the agricultural or manufacturing process. Predictably, the parties disagreed as to what constitutes “good agricultural practices” and “good manufacturing practices.” Defendants argued that compliance with FDA regulations as generally understood by farmers and food processors meets the standard for “good practices,” while Plaintiffs argued for a higher standard.

To me this argument is the most difficult to reconcile. How can we avoid “naturally occurring” lead from any of our food? ELF even found lead above the maximum allowable dose level of 0.5 ug/day for a single serving in some organic products. So, this issue seems harder to solve. Sadly, I’m not sure there really is anything that can be done other than labeling. But, we know that very few food companies would ever consider this an option. But it sure gives you a reason to make your own baby food!

The court recently concluded that food and beverage companies can in fact average exposures over time when determining whether warnings are necessary on those products. None of the baby and kid’s products listed in the suit are required to use a warning label. Although this seems to put the Prop 65 labeling issue to rest, it certainly does not put the issues of lead exposure from the food we feed our children to rest.