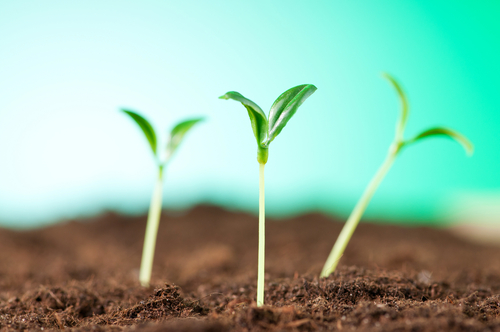 Whenever we publish a piece around here talking about our issues with genetically engineered food, we get at least one comment (often from biotech lobbyists) bashing that author as being anti-science. I understand that there’s lots of money in biotechnology and these people are trying to protect their livelihood, but I kind of resent the implication that supporting the non GMO movement means I hate science.

What I don’t love is being part of the GMO experiment against my will, especially when GMOs don’t seem to be delivering on many of their promises. One of the major talking points in the pro-GMO crowd is that genetically modified foods need fewer pesticides. While this might be true at first, over time farmers end up having to spray more and more as pesticide-resistant weeds (or super weeds) pop up.

Many of these big biotech firms have abysmal human rights records, too. Just ask an Indian cotton farmer.

I think science absolutely has a place in agriculture. Whether we’re talking about using technology to detect plant diseases or suss out plants that are better suited to grow in a world struggling with the effects of climate change, science and technology can definitely improve crop yeilds when used responsibly.

Over at Blue Living Ideas, Heather Carr wrote about scientists in New Mexico who are using gene sequencing to breed drought-resistant alfalfa. This isn’t genetically modified alfalfa. What’s they’re doing is looking at alfalfa plants’ genes, seeing which ones have the genes that make them more drought-tolerant, and planting those or cross-breeding them with other alfalfa plants. No tinkering with these plants on a genetic level. No inserting spider DNA or creating plants with built in pesticides that make their way into our bodies. Just science.

What are some other examples of science improving our food system without genetically modifying our food supply?