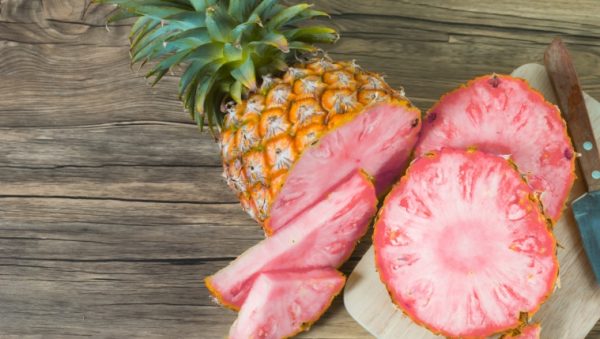 The new government GMO program isn’t much different from the USDA checkoff programs that promote meat and dairy to consumers.

There seems to be no compromise in the debate about GMOs, with people on both sides of the debate fervently pushing their agenda. Both sides say that consumers are confused by GMO food rules (many are still confused about what is GMO, anyway?) But it looks like GMO supporters just got a big boost from a new source– the US government.

The FDA Campaign to Promote GMOs

The Washington Post reported earlier this month that the Food and Drug Administration (FDA) will use $3 million for ‘consumer outreach and education regarding agricultural biotechnology’ with the money being used to promote “the environmental, nutritional, food safety, economic, and humanitarian impacts” of biotech crops and their derivative food products.

The Post explains that this funding is “little more than a speck” of the $2.8billion FDA annual budget. But I would argue that it is, actually, a big deal beyond the actual dollar amount. This campaign to promote GMOs so clearly indicates that the FDA is beholden to lobbyists, instead of working for consumer good.

This deal, to be developed with the United States Department of Agriculture (USDA), was part of a Senate funding vote to avoid government shutdown last week and passed with a large majority. But it did not go unchallenged.

As explained in the Post article, Rep. Nita M. Lowey (D-N.Y.) worked to get the measure taken out of the bill, saying that, “The FDA [is not], nor should they be, in the pro-industry advertising business.”

Should the Government Push GMOs on Consumers?

Most of the conversations around GMO crops (or biotech crops) revolve around whether or not it’s healthy to eat these foods. Corn, soy, canola, sugar beets, and cotton are the most prolific types of GM crops on the market. A huge percentage of these are processed into the ingredients of highly processed foods (think soybean oil, protein powders, ‘vegetable’ oils, candy bars, etc.), but actually most is used as animal feed to support our industrial animal agriculture business.

A big study came out last year saying that GMOs are safe to eat, and while I agree with some of the points here, it misses two big issues.

The first, the entire system that allows GMOs to even exist is a broken system in the first place. The rise of GM crops could only have happened with concurrent growth of industrial agriculture: monocropped fields, consolidation of family farms, dedication to just a handful of varieties of plants, a decrease in crop variation, and, most importantly, a system that values profit over protection of natural cycles.

But second, it’s so clear that this initiative is not focused on health: it’s about making sure that the companies that run the GM markets maintain their profit margins.

In a letter sent to Representatives on April 18 by ‘food and agricultural organizations,’ it is written that there is a ‘tremendous amount of misinformation’ about biotech foods, and this group encourages funding that can help present ‘fact-based information about food.’

Despite ‘consumer-directed GMOs’ like the apple that doesn’t brown and pink pineapple with the addition of lycopene, the focus on health is truly an empty promise. Biotech companies are not looking to make their money on pink pineapple. Our collective overconsumption of processed foods and dependence on industrially produced meat and dairy farms is what keeps these companies in business.

But more importantly, if you review the list of who signed the letter, it’s pretty clear that these folks are less concerned about the ‘fact-based information about food’ and more concerned about ensuring that the public continues to consume the overly processed items that GMOs are used to create, thus ensuring a stable profit margin.

This news is infuriating and frustrating, but really, should we be surprised? The government has had a hand in marketing the least healthy foods for decades. This pro-GMO program isn’t much different from the USDA checkoff programs that promote meat and dairy to consumers.  See our articles about the how the USDA supports dairy at every turn and gets funding to push beef onto consumers.

At the core of this disconnect is the dual mandate of the USDA, which is tasked with both supporting US farmers of all sorts and overseeing the health of the population.

The biggest players in the agriculture industry are factory farmed meat and dairy, and since these foods are repeatedly shown to be bad for our health, you can see how this dual mandate can get really complicated.

This seems to me another clear example of how the government is willing to prioritize the needs (and profits) of industry trade groups over what is actually healthy – in the long and short-term– for its population. The solution is to become the smartest consumer you can be: learn what’s in your food, get to know your limits and what you feel good about eating, and don’t believe what the advertising is telling you.