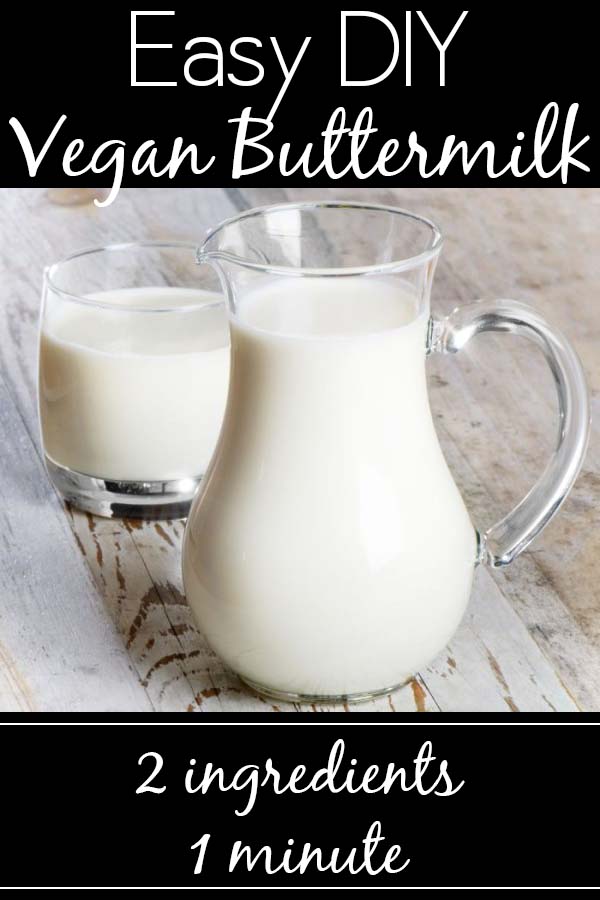 Learn how to make buttermilk in under a minute with only two ingredients that you probably already have on hand.

If you’re new to converting conventional recipes to vegan ones, replacing buttermilk can seem like a challenge. It totally isn’t! You only need two ingredients to make your own. Here’s how to make buttermilk in seconds, no exaggeration.

Calling this a recipe really overstates what you’re doing here. It’s more of a stirring. For years, when I was making my own buttermilk, I’d mix the ingredients, then dutifully let them sit for 10 minutes or so, while the milk curdled like proper buttermilk. Buy, you guys. You don’t even have to do that. Alisa at Go Dairy Free explains that the curdling isn’t really important when you’re making buttermilk for baking.

All that you need to make your own buttermilk are soy or almond milk and a tiny amount of apple cider vinegar. Stir them together, and you’re ready to bake! It seriously takes one minute.

How to Make Buttermilk

Can you believe how easy it is? Are there other vegan ingredients that you need to substitute? Ask away in the comments! I love helping people find ways to kick animal products to the curb in favor of vegan options that work just as well!