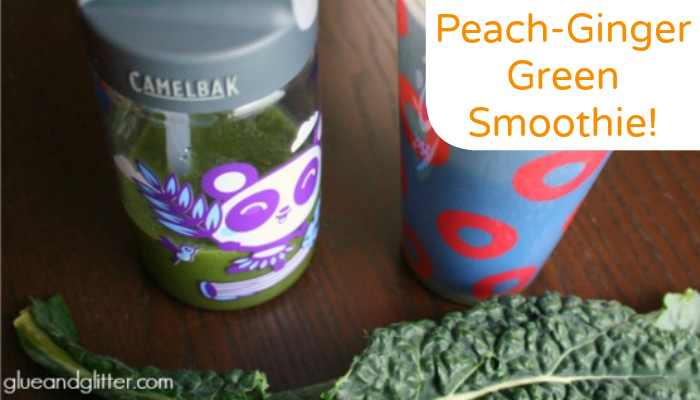 Selected from Glue and Glitter.

This green smoothie recipe is a great baby breakfast that you can eat too!

Darrol Henry had his first green smoothie this week, and he LOVED it! After seeing what a bright green color this recipe produced, I was worried that Darrol would reject something so green-tasting, but he basically chugged this out of his big boy cup!

In the photo below, you’ll see him holding a sippy cup. It may even look like he is drinking his green smoothie from this cup, but don’t be fooled. My child refuses to hold a bottle or use a sippy cup. I keep trying, but I ended up having to take the lid off of this and tipping the smoothie carefully into his mouth. He loves drinking this way. It’s very cute but impossible to photograph.

I developed this recipe for the 2014 Breakfast in Bed event at my friend Angela’s site: Canned Time. Each month, a different vegan food blogger is going to share an awesome breakfast recipe. Obviously, I had to share Darrol Henry’s first green smoothie!