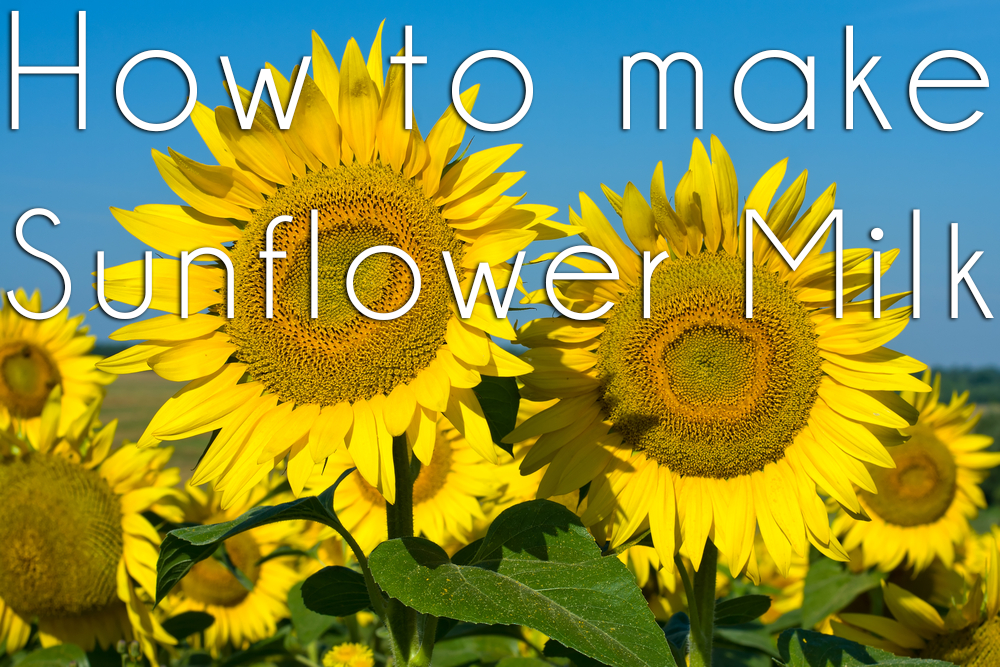 I’ve made my own almond milk many times but my friend Justin mentioned a while back that he made milk from sunflower seeds. Here’s how you can make your own!

One of the toughest parts of this challenge so far has been ditching the cartons of soy and almond milk. Store bought vegan milks often contain all kinds of additives, thickeners, and preservatives, so they’re not exactly October Unprocessed-friendly. What better time to develop my own recipe than during October Unprocessed, right?

This recipe is based on my homemade almond milk recipe, but I made a much smaller batch, since I wasn’t sure how I’d like it. Sunflower milk has an earthier flavor than almond milk. It’s tasty in tea and coffee – the bitterness covers up the earthiness – but I’m not mad about it on its own.

Sunflower seeds are very inexpensive, so if you’re mainly looking for a non-dairy milk to use in cooking and to lighten drinks, this is probably your most economical option. If you want to make more milk, you can double or triple this recipe, but I kind of enjoyed making a small batch. It came together quickly and cleanup was a breeze!

Why is There Sugar in this Recipe?

I use a little bit of maple syrup in this recipe. Cow’s milk actually contains natural sugars, and I’ve found that adding a little bit of sweetener to homemade vegan milk makes it taste a bit closer to the dairy milk it’s replacing. Most store brands of vegan milk contain at least some sweetener for this reason. If you’re trying to cut back on your refined sugars, though, leave this out. You can always add it later, if you feel like it needs it after all.

Ready to make some sunflower milk? Let’s do this thing!

Have any of you guys made non-dairy milks at home? I’d love to hear your ideas in the comments!