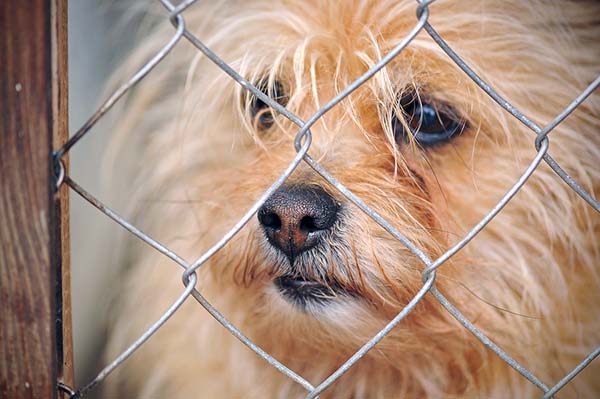 NPR reported today that The Yulin Dog Meat Festival is going on as scheduled, despite international protest.

For people used to keeping dogs as pets, the idea of eating dog meat is horrifying. The public outcry reminded me of how upset people were a few years ago about U.S. horse slaughter. Stories like these shed a light on the interesting lines we draw as a society about which animals we will eat and which we won’t.

Why is eating a dog or horse considered taboo, while most people eat pig and cow meat without a second thought?

You’re probably tired of hearing about how pigs and cows are smart and loving. Vegans! We can be such a bummer. But news like the outcry over the Yulin Dog Meat Festival really does call our seemingly arbitrary social constructs about animal foods into question.

Pigs are very intelligent creatures. They’re smarter than dogs, according to IQ tests, and they’re certainly as lovable. Check out Esther the Wonder Pig getting her bath. Notice that she comes when called and has learned some basic commands, just like a dog:

Cows are also intelligent and emotional animals. Herds of cattle have social structures and complex relationships, including deep friendships. Look at the beautiful bond between this mama and baby cow living at Farm Sanctuary:

In a farm setting, that baby cow would have been separated from the mother shortly after birth, so the farm could collect the mother’s milk for humans to drink. Once a dairy cow’s milk runs dry, she’s forcibly impregnated again, so the cycle can continue until she’s unable to bear calves. If the calves she births are female, they grow up to become dairy cows, living the same grueling life their mothers did. Male calves are sold to livestock farms for slaughter.

If you’re outraged about the Yulin Dog Meat Festival or at the idea of eating animals like dogs, cats, or horses, you have to ask yourself why you draw the line between which animals you’ll eat and which you won’t. Is a dog or a cat that different from a cow or a pig? When you look at how these animals behave, the answer seems to be no. Does “bacon is delicious” really trump the rights of intelligent, social creatures?