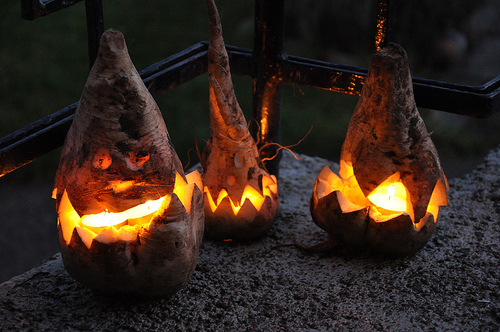 (From our sister site, Red Green and Blue)

The US Department of Agriculture continues its unprecedented give-away to big agriculture monster Monsanto and its Genetically Modified (GMO) seeds. On Friday, while the media was preoccupied with the Superbowl and Egypt’s rioting, the USDA quietly announced it was deregulating Monsanto’s GMO sugar beets – despite a court order.

This move comes just a week after the agency had gone back on its own plan to regulate GMO alfalfa to at least attempt to keep it from contaminating organic farms. Secretary of Agriculture Tom Vilsack had been floating a plan to limit the area where the GMO crop could be planted, but caved to a storm of pressure from industry, Congressional Republicans (and Monsanto pals like Montana Democrat Max Baucus), and the Obama White House.

It was actually Baucus who announced the latest decision, saying “It’s important the USDA complete its study, but our producers were being unfairly asked to wait in limbo as the planting season quickly approaches.”

This ruling means half of US sugar will be GMO this year. Monsanto’s GMO seeds already dominate the entire US corn, soy, and cotton crops; 93% of soy, 86% of corn, 93% of cotton, and 93% of canola seed planted in the U.S. in 2010 were genetically engineered…

(Read the whole article at Red Green and Blue)

More on Monsanto and GMO

Some rights reserved by morberg)