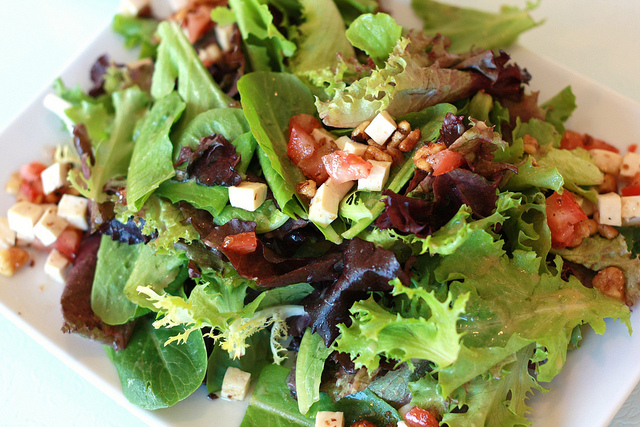 Tomorrow is World Vegetarian Day, and to kick-off Vegetarian Awareness Month we wanted to talk about some of the reasons to go vegetarian now!

There are a number of health and environmental reasons to switch to vegetarianism (we’ve talked about the environmental impact of eating meat in this space before). Here are just a few…

In a British study that tracked vegetarians for 12 years, it was found that “vegetarians were 40 percent less likely to die from cancer during that time and 20 percent less likely to die from other diseases.” Women who switch to vegetarian diets especially reduce their risk of breast cancer. According to the Harvard Nurses Health Study, this risk can be reduced by up to 20 or 30%. In terms of cardiovascular disease, in a study done at the Louisiana State University, cardiovascular health risks drop from 50% in American males to 15% by switching to a vegetarian diet.

Manure, which the Environmental Protection Agency (EPA) rates as one of the country’s top 10 pollutants, is just one of the pollutants you reduce by switching over to vegetarianism.

In addition, by not consuming meat, you’re reducing demand for cows, pigs and poultry. Raising these animals produces methane gas and ammonia that add to the greenhouse effect, so you can reduce your carbon footprint by not consuming meat or supporting the farms that produce it.

By switching to a vegetarian diet, you are reducing your diet’s water footprint significantly! It takes “2,500 gallons of water to produce one pound of beef, but just 25 gallons of water to produce a pound of wheat.” Additionally, a 1997 study by the Senate Agriculture Committee “found that 60 percent of American waterways were polluted, and the major reason is animal agriculture.”

When you go vegetarian, you contribute to water conservation, which is beneficial both to society and the environment as a whole because less than 1% of the planet’s water is located in rivers and streams. In addition to conservation, vegetarians also take part in water protection and ecological stability by reducing pollution caused by raising animals for human consumption.

According to a Vegetarian Times article, “72 percent of all grain produced in the United States is fed to animals raised for slaughter” and “it takes 15 pounds of feed to get one pound of meat.” When you look at these astonishing figures, it isn’t hard to see that if more people were just eating this grain directly, we could probably feed the world!

By switching to a vegetarian lifestyle, you are reducing the intake of grain required to produce animals to cover your meat “requirements” for the year. This frees up more of the grain produced to feed those who suffer from poverty and famine. So not only are you choosing a healthier lifestyle, but you are also giving other people the opportunity to live a healthier lifestyle as well.

5. Make a Statement Against Animal Cruelty

In North America, meat processing is one of the highest revenue sectors within the food industry. In fact, meat processing in Canada earned $21.3 billion in 2009. Worldwide, people consume approx 150 million tons of meat annually with each person consuming an average of 40kg of meat. Food and Agriculture Organization of the United Nations (FAO) research shows that meat consumption has doubled per person over the last 40 years.

With all this meat we’re eating, many people forget about the animals harmed to get that food onto our plates. According to a New York Times article, “at about 5 percent of the world’s population, [Americans] ‘process’ (that is, grow and kill) nearly 10 billion animals a year, more than 15 percent of the world’s total.” Not only that, many of these animals live under extremely inhumane conditions.

The important thing to remember about becoming a vegetarian is that it is a lifestyle change as well as a change in what you eat. However, lucky for us, going vegetarian is relatively easy and will not only help you in the long run, but has wonderful benefits for the environment as well! It is time to make an effort to move to sustainable living, and World Vegetarian Day is a great time to start!

Environment911.org is an interactive website for individuals to come and discuss the environment from green business to natural disasters. We feel it is important for people to come together and share their thoughts, ideas and visions for the future.