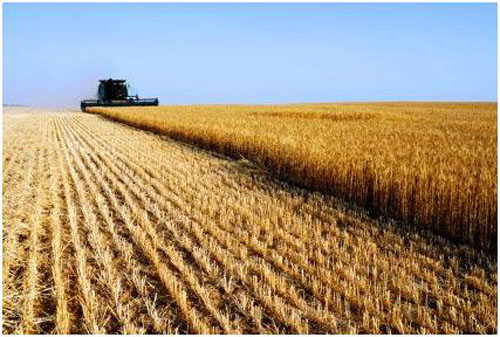 Maize, wheat, and rice provide nearly two-thirds of the global human diet and serve as critical inputs for both animal feed and industrial products. The significance of these crops guarantees that a decline in production will produce ripple effects throughout the global economy, particularly as increased food prices continue to take a toll on the world’s neediest populations. Overall, rice and wheat production have tripled since the 1960s, and maize production has quadrupled, despite global acreage of these crops increasing by only 35 percent.

Production increased worldwide, but there was greater reliance on irrigation, synthetic fertilizers, and pesticides—all of which take resources, can be costly, and may cause substantial environmental degradation. As farmers have begun to witness these impacts, many have been forced to abandon their fields because of infertile soil.

Nevertheless, preliminary data for 2011 indicate that grain production is recovering from the 2010 slump. The United Nations Food and Agriculture Organization (FAO) recently forecast that cereal output in 2011–12 will be 3 percent higher than in 2010–11.

Grain remains the foundation of the world’s diet, and the failure of harvests in recent years to keep pace with growth in meat consumption and population is worrisome. It’s important that we identify and implement more inventive and sustainable strategies in grain production. Reducing the proportion of grain harvests lost to weather disasters and waste or diverted for corn ethanol production and animal feed is among such strategies. It’s also important that we prioritize grain availability for those who need it most.

Rising demand for ethanol fuel, which in the United States is produced almost exclusively from corn feedstock, is having an impact on grain prices as well. According to the U.S. Congressional Budget Office (CBO), about 20 percent of the increase in maize prices between 2007 and 2008 was due to domestic ethanol demand. Demand for grains is also rising in countries such as China and India, where growing middle classes are adopting more diverse diets.

Farming has always been an uncertain business that depends in large part on the weather, and it could be entering an even more difficult phase. As the global climate changes, the warmer, less stable atmospheric conditions could be detrimental for food production. In an already fragile economy, continued volatile prices and unpredictable weather-induced shortages are sure to negatively affect both producers and consumers in developing countries.

Further highlights from the research: