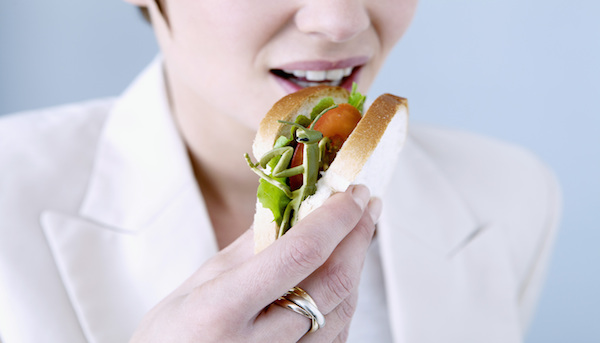 Doesn’t it seem like lately every single food-related website is bombarding you with hideous images of piles of crickets or worms being touted as “the food of the future”? Blech. Eating insects doesn’t seem like something to strive for in our future—more like a relic from our less-evolved past.

I get it; as far as protein sources go, eating insects makes for a more humane and less messy option than slaughtering billions of pigs, chickens and cows year after year.

I’m not the first to point out that America’s meat obsession has gotten way out of control. Countless studies also point to the inherent benefits of eating fewer meat (and dairy) products. Not to mention the antibiotics and growth hormones fed to these animals to make them grow bigger faster. Or the pesticide and herbicide sprayed G.M.O.’s fed to the animals in their unnatural grain diets.

From an environmental standpoint, eating crickets instead of chickens makes sense, too, sort of. Factory farms are extremely damaging to the land, air and water, where insects can be raised in less intensive environments. But is it the most environmentally friendly diet? Recently Mother Jones noted that “universal veganism”—meaning if every human gave up meat, eggs and dairy products—“would reduce agriculture-related carbon emissions by 17 percent, methane emissions by 24 percent, and nitrous oxide emissions by 21 percent by 2050. Universal vegetarianism would result in similarly impressive reductions in greenhouse gas emissions.”

And let’s also not forget that people around the world do eat insects already on a regular basis. But that doesn’t make it any less like…eating insects.

Yes, eating insects may be one answer to factory farming, but so is adopting a vegan diet. Worms and crickets contain protein, but so do less leggy lentils. Chickpeas, avocados, brown rice.

Hopefully our future does contain a lot less meat—not just for our own health, but for the animals too. And even though they’re icky, insects are animals—animals we really don’t need to be eating.