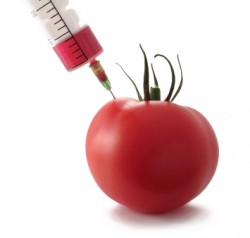 Last month we celebrated the first ever Non-GMO Month here at WholeSoy & Co. Even though Non-GMO Month is over, this is an important health and biodiversity issue that we will continue to work on throughout the year. In this series we will share with you what GMO’s are, some history about the Non-GMO movement and tips for how you can help support the Non-GMO cause.

GMO stands for genetically modified organism and GE means genetically engineered. GMO refers to genetically engineered crops produced in a laboratory, where the DNA from one organism is spliced into the genes of another organism, or even another species, to give it new or different traits or to create a “super” organism. The resulting combinations are plants and animals that do not naturally exist in our environment.

Genetic engineering is different from traditional plant and animal cross breeding that has been done for centuries. Jeffrey Smith, non-GMO advocate and author of Seeds of Deception, describes it this way:

In traditional breeding it is possible to mate a pig with another pig to get a new variety, but is not possible to mate a pig with a potato or a mouse. Even when species that may seem to be closely related do succeed in breeding, the offspring are usually infertile—a horse, for example, can mate with a donkey, but the offspring (a mule) is sterile.

With genetic engineering, scientists can breach species barriers set up by nature. For example, they have spliced fish genes into tomatoes. The results are plants (or animals) with traits that would be virtually impossible to obtain with natural processes, such as crossbreeding or grafting.

WholeSoy & Co. is an independent, family owned and operated company with a passion for a healthy planet and organic soyfoods free of genetic modification. WholeSoy & Co. makes delicious soy yogurt made from U.S. grown organic soybeans and was the first soy yogurt on the market to be verified non-GMO!