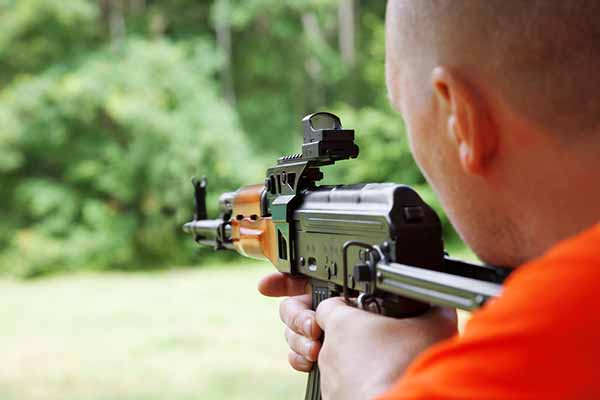 Editor’s Note: 16-year-old Calista Whitney is a contributing writer at Chic Vegan and recently shared her perspective on the culture of hunting in a column there. Chic Vegan was kind enough to let us reprint the article here.

Human beings are incredibly vain and feel the need to constantly prove how awesome they are to themselves. Why do humans still hunt? It is certainly not because meat is not readily available. All anyone has to do is drive to a grocery store and pick their preferred already killed and cleaned meat. You can even go to a restaurant and have it cooked for you. Hunting is not a necessity. It is a vicious act that stems from humankind’s hubris.

People hunt because it reinforces their incorrect belief that they are at the top of the food chain. Human beings were never appointed to the slot at the tip of the food chain. Yes, we can make weapons and form societies. Does that mean we are the best? No, because the characteristic that marks a species successful is how well it has adapted over centuries.

Now, humans do not want to acknowledge that they are not the top of the food chain, because that would mean recognizing that we are actually animals. We are not are own separate entity. We are not better than anything else. This would hurt our fragile egos. One way that humans try to repair their misguided beliefs is by going and killing animals, hunting.

Hunting is almost laughable. Humans have to buy special clothing to hide and weapons to kill the animals with. They commonly have huge guns which are in no way comparable to the weapons that animals are born with. These natural weapons being along the lines of teeth and claws. The human has an almost 100 percent chance of winning over the animals when they can buy special items to make them better equipped.

Hunting is not brave. If I was to describe hunting with one word it would be the exact opposite, cowardly. Humans are not at the top of the food chain. They are not the best. As much as they refuse to believe it, they are animals and not the most successful ones out of all species.

My name is Calista Whitney and I am a person interested in helping animals who cannot help themselves. I am a 16 year old young woman who wants to end as much cruelty as I can towards animals. I started by becoming vegan, but now I want to take the next step and tell people why it is so important to be vegan and to help others who also want to end the suffering animals have to endure for human pleasure.