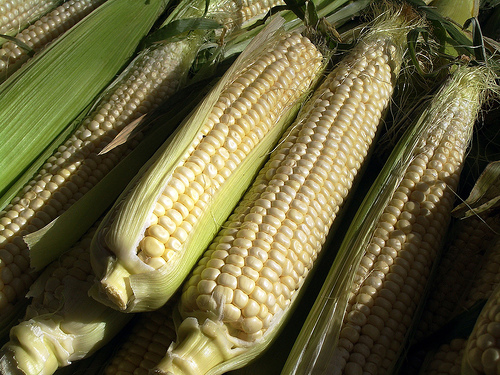 “The Canadian GM risk assessment process is so simplistic that not a single submission has ever been rejected in Canada. Everything submitted, almost wholly by industry, has been accepted,” according to Ann Clark PhD, one of this country’s leading experts on the dangers of genetically modified organisms.

“The Canadian GM regulatory process is a ruse, claiming to safeguard human and environmental health, but actually intended to facilitate commercialization of GM crops,” according to Dr. Clark.

In a 2005 brief to Parliament regarding its controversial Bill C-27, Clark warned that if the federal government passes the pending Canadian Food Inspection Agency Enforcement Act, it will have voted to, “Facilitate international trade primarily by streamlining inspections, replacing Canadian assessment with those by foreign powers, and harmonizing regulations with the US and other countries, all of which challenge, rather than safeguard, the health and safety of Canadians.”

Clark is an outspoken critic of Canada’s regulatory policies and the processes related to field trials and commercial production of genetically modified crops, whether modified to produce pesticides in every cell of the plant, to resist spraying by soil-sterilizing herbicides, or to produce proteins for medicinal or industrial uses.

She provided expert advice to the Royal Society of Canada Expert Panel on Food Biotechnology in 2001. The panel, the most influential and respected group of scientists in the country, concluded that the “regulatory process was severely flawed,” despite the government’s claim that ours is the best regulatory system in the world.

Beth Burrows, president and director of the Edmonds Institute, a public interest organization working on ecology, technology and social justice, tells us that “Genetic engineering increasingly means agribusiness and pharmaceuticals, two industries already important as sources of funding for science, higher education and those who run for office. Talking biosafety can mean putting one’s job and financial security at risk.”

“Even diplomats charged by their governments to discuss biosafety balk at doing so, perhaps because they are also charged to protect their countries’ industrial interests. The discussions that took place during the biosafety protocol negotiations begun in 1995 under the aegis of the UN Convention on Biodiversity were almost surreal in their avoidance of the topic [of bio-safety],” she stated recently.

Burrows ought to know. She has spent more than a decade attending UN biodiversity meetings and continues to provide vital background information on biosafety issues to Third World delegates negotiating these international agreements. Beth Burrows is founder of the non-profit public interest think tank, the Edmonds Institute, a “group of smart, passionate people working flat-out for environmental and social justice.”

These critical remarks should be read in light of growing evidence of extremely serious impacts on health, environment and the livelihoods of Third World farmers. A European regulatory requirement for genetic safety testing, which is not required in Canada or the US, has revealed genetic instability in many GM crop varieties.

Scientists are finding harmful impacts on soil micro-organisms, beneficial insects and laboratory animals exposed to genetically modified crops and GE food. Farmers in India are committing suicide by the hundreds in Andra Pradesh and other states because of GM crop failures.

People and animals have become ill and even died after consumption or exposure to products containing genetically modified organisms. Unlike traditional plant breeding, in genetic engineering of crops, unrelated organisms, such as bacteria, are snipped apart and sections of their genes inserted into plants with unpredictable results.

Ann Clark and Beth Burrows are outspoken citizens of Canada and the US respectively who are not afraid to speak truth to power.

Pat Howard is a professor of communications at SFU. phoward@popserver.sfu.ca.

Arne Hansen is a Vancouver writer and can be contacted at abhansen@journalist.com.