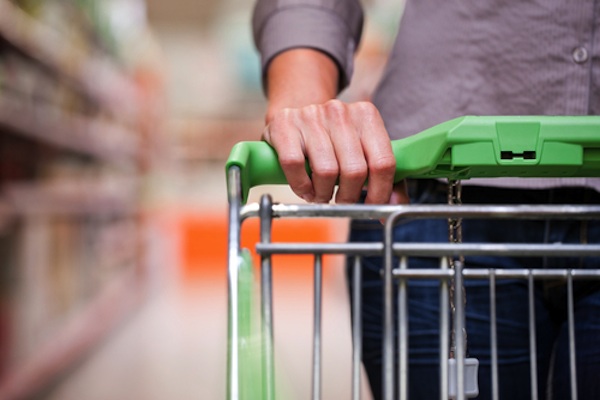 Want more transparency into your food supply? Take Food & Water Watch’s Foodopoly quiz to see what you know. Then read its new report Grocery Goliaths. After taking the quiz and reading the report — which examined sales in 100 grocery categories over the last few years — I must admit I’m astonished.

The Truth About Food Manufacturers

The study shows that a few companies dominate the sales of most grocery items. For example, almost 80% of breakfast cereals in 2012 were sold by only four companies: Kellogg Co., PepsiCo, Post Foods, and General Mills. Only three companies controlled the cracker market with 76.5% of sales. It’s jaw-dropping to realize the dozens of different brands you see lining the grocery store shelves are owned by a few large corporations.

You think you have choices. Do you?

These large suppliers can sell higher volumes of food at lower prices, keeping smaller food companies off the grocery store shelves. And they buy out smaller brands, incorporating them into their portfolios to increase market control. They often sell multiple brands of the same product (which are frequently made in the same factory) giving you the illusion of having choices. This applies to organic and healthful brands too: Kashi and Bear Naked brands are owned by Kelloggs, but you can’t tell that by reading their labels or looking at their consumer-facing web sites. Buyer beware.

The Trouble With Supermarkets

Our food system issues don’t end with the suppliers. We used to shop at small, regionally-owned grocery stores — until the big supermarkets started snapping them up or forcing them out of business. Now, most of the money we spend on groceries goes to stores owned by a few mega-companies, including WalMart, Kroger, WalMart, and Safeway. Again, buyer beware. The Food & Water Watch report reveals: “Chains like the second largest grocery retailer Kroger still display the old regional store names like Dillons, Smith’s, Fred Meyer, King Soopers and others. Many shoppers may not even realize that their supermarket is owned by a national or even foreign grocery store chain.”

Large supermarkets buy lots of food, which drives food manufacturers to get bigger. This lowers the number of companies supplying the retailers. And the shopper pays the price with fewer choices and higher prices.

This is just U-G-L-Y ugly. We buy our groceries from giant, national supermarkets that support giant, multi-national food manufacturers. These mega-corporations control the supply, quality, variety, and price of the food we eat every day. Farmers make less money, small food producers don’t stand a chance, and we’ve lost the warmth of the family-owned corner market. If you want to learn more, go to the Foodopoly web site. Take the quiz, and read the report. Want even more? Read the book Foodopoly: The Battle Over the Future of Food and Farming in America, written by Food & Water Watch’s executive director, Wenonah Hauter.

In the early 70s, my sister and I walked down the street to DiMaio’s market which was owned by our neighbors in Wayne, Pennsylvania. We’d buy Wacky Packs, Chick-o-Sticks, and other treats. It was an awesome little corner store. I was back in the area in the late 90s, and it was still there. In fact Bobby DiMaio — who is about my age — was manning the meat counter on that visit. I hope it’s still thriving.