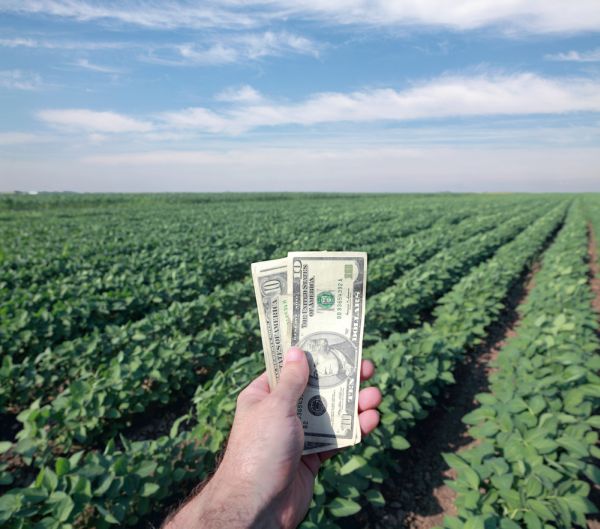 In a temporary spending bill designed to keep the U.S. government running through the end of September, a rider was slipped in that has nothing to do with government spending at all. It’s informally called the Monsanto Protection Act. There seems to be a lot of confusion over what the rider says and doesn’t say. I hope this will clear up a few things.

The spending bill is called H.R. 933: Consolidated and Further Continuing Appropriations Act, 2013. (The full text is here.) H.R. 933 is intended for “Making consolidated appropriations and further continuing appropriations for the fiscal year ending September 30, 2013, and for other purposes.” In other words, it allows for spending on programs already in progress.

The Monsanto Protection Act is section 735:

Sec. 735. In the event that a determination of non-regulated status made pursuant to section 411 of the Plant Protection Act is or has been invalidated or vacated, the Secretary of Agriculture shall, notwithstanding any other provision of law, upon request by a farmer, grower, farm operator, or producer, immediately grant temporary permit(s) or temporary deregulation in part, subject to necessary and appropriate conditions consistent with section 411(a) or 412(c) of the Plant Protection Act, which interim conditions shall authorize the movement, introduction, continued cultivation, commercialization and other specifically enumerated activities and requirements, including measures designed to mitigate or minimize potential adverse environmental effects, if any, relevant to the Secretary’s evaluation of the petition for non-regulated status, while ensuring that growers or other users are able to move, plant, cultivate, introduce into commerce and carry out other authorized activities in a timely manner: Provided, That all such conditions shall be applicable only for the interim period necessary for the Secretary to complete any required analyses or consultations related to the petition for non-regulated status: Provided further, That nothing in this section shall be construed as limiting the Secretary’s authority under section 411, 412 and 414 of the Plant Protection Act.

That’s one sentence – 198 words long – but it doesn’t say a whole lot. Not saying a whole lot is often a problem when it comes to legislation, hence the confusion about what the rider does and doesn’t say.

Section 411 of the Plant Protection Act gives the Secretary of Agriculture power to regulate the movement of plant pests, including prohibiting them altogether or allowing pests to be moved around with a permit. Section 412 deals with plants, plant products, and other items (including vehicles) that might carry a plant pest into the U.S. or spread an already existing plant pest. Section 414 gives the Secretary of Agriculture authority to seize, treat, or destroy (or order someone else to do any of those) an item or pest in order to prevent the spread or introduction of a pest.

With all that in mind, what does it all say when put together? In short, it says that once a plant or other organism has been declared not to be a pest, no legal challenge can stop anyone from spreading it around the U.S. until the Secretary of State declares it to be a pest.

Monsanto isn’t specifically named in the rider. The connection to Monsanto is circumstantial, but quite convincing.

Senator Roy Blount of Missouri wrote the original language of the rider and he is known to have taken quite a bit of money from Monsanto for his election campaigns. The effect of the rider is to render a court verdict against a biotechnology company useless and Monsanto is the most often named biotech company being sued.

Yes. Anyone can still sue anyone for anything. The rider doesn’t stop organic alfalfa farmers from suing for damages to their crops, for example.

However, no matter what the court decides, no matter how damaging the GM crop may be to organic farmers, no one is required to stop planting, growing, harvesting, or transporting the GM crop. As Senator Jon Tester (Montana) said on the Senate floor, “Even if a court tells you that you failed to follow the right process and tells you to start over, you must disregard the court’s ruling and allow the crops to be planted anyway.”

In other words, the court may find against Monsanto, but Monsanto doesn’t have to abide by the court ruling. Effectively, the rider protects genetically engineered seeds from litigation.

Monsanto calls the rider the Farmer Assurance Act. They say it gives farmers the assurance that they can buy genetically engineered seed the second it’s deregulated and know that they will be able to sell the resulting crop.

It’s no coincidence that the rider will provide Monsanto (and other biotech seed companies) with the assurance that they can aggressively market their seed, even if a problem is found with the deregulation process.

Why is the Monsanto Protection Act Necessary?

It’s not. It doesn’t add any powers to the Secretary of Agriculture. It simply removes the powers of the courts to settle disputes. It removes one of the legs of our American checks and balances system.

This article in Ag Professional “There is No Monsanto Protection Act” claims that an abundance of nuisance lawsuits by environmentalists have brought the poor biotech industry to this point. The article also says that “abundance” is five lawsuits in the last ten years.

Was the Monsanto Protection Act Snuck in at the Last Minute?

No. Senator Blount mentioned above wrote the rider last year. Senator Tester spoke out against the rider on the Senate floor while H.R. 933 was being debated. The Monsanto Protection Act has been around for a while and there is no reason any Senator or Representative wouldn’t have known about it.

Section 735 doesn’t belong in this bill. H.R. 933 is about spending, not limiting the powers of the judiciary.