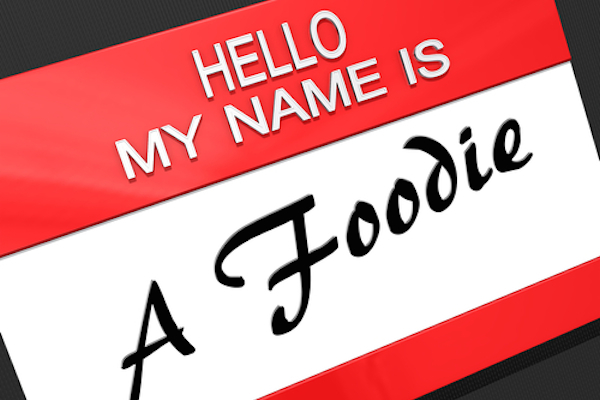 I quit thinking of myself as a “foodie” when I realized it didn’t accurately convey the way I think and feel about food. So what is a foodie? And what am I if not one of them?

Wikipedia defines foodie as “a gourmet, or a person who has an ardent or refined interest in food and alcoholic beverages.” That’s a pleasant-sounding, benign definition. But the Merriam-Webster Dictionary defines foodie as “a person having an avid interest in the latest food fads.” Fads. Hmm. And the Urban Dictionary states a foodie is “a douchebag who likes food.” Wow. I hope that’s not me. (Although it did make me chuckle.)

No offense to foodies everywhere, but after a few years researching where our food comes from, I’ve come to consider “foodie” a superficial, somewhat derogatory designation. It rings of shallowness to me. And I’m not sure why I think that or when I became such a freakin’ snob!

Thank goodness New York Times’ contributor Mark Bittman just wrote a piece that helped me think through this conundrum. He also cringes at the term (which he thinks is a poor reaction). But his goal is not to come up with a new word for whatever-I-think-I-may-be-if-not-a-foodie, but to redefine the term “foodie” to mean more, thus inspiring all foodies to think more about what they (we) eat and drink.

In his article, Mr. Bittman writes there is nothing wrong with the self-described foodies who go to great lengths to eat at the latest trendy restaurant or seek out the “in” ingredients of the day. But the problem is when it stops there. He states: “More conscious foodies understand that producing food has an effect beyond creating an opportunity for pleasure.” How that food ends up on your plate impacts the environment, livestock raised for food, and the workers who grew, harvested, butchered, and prepared it.

What is a Foodie to You?

I hope you’ll read Mark Bittman’s thought-provoking article and then return here to add your thoughts in the comments section below. What does “foodie” mean to you? Are you one? Or are you something else? And does it really matter?