Watly is a 15 ton machine that can turn contaminated water from a river, ocean or even sewage into drinking water. In addition, it generates enough electricity to power digital devices and is a wifi hotspot one kilometer wide. Watly is designed to solve three major infrastructure needs — access to clean water, electricity to run electronic devices and internet connectivity. Around the world, 783 million people do not have access to clean water, 1.2 billion lack access to electricity, and 4.2 billion are still without internet access. 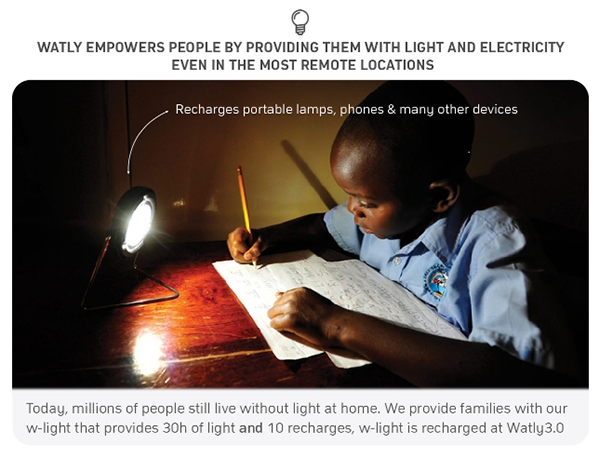 Watly is the brainchild of Marco Attisani, an Italian inventor who worked in the renewable energy and and the tech industries before devoting his attention to the developing the first Watly machine 3 years ago. After a successful trial of a second generation Watly in Ghana in 2015, his company received $2 million in funding from Horizon 2020, the European Union’s biggest research and innovation program, and European Pioneers, a Berlin based accelerator for future internet technologies. The company is currently looking for a further $75,000 via a funding campaign at IndieGogo.

Watly can make 5000 liters of drinkable water every day. That’s enough to supply a community of 3,000. “The only things it needs to run are dirty water and a lot of Sun,” said Attisani. The H shape is designed to follow the sun most of the day. The third generation Watly is scheduled to be revealed this summer.

The device is not designed for developing countries only. It can also help communities that have high levels of sunlight but struggle to find sustainable solutions to generating clean water. Texas, Saudi Arabia, the United Arab Emirates, and Australia have all expressed interest, as have nations from the African continent and South America. 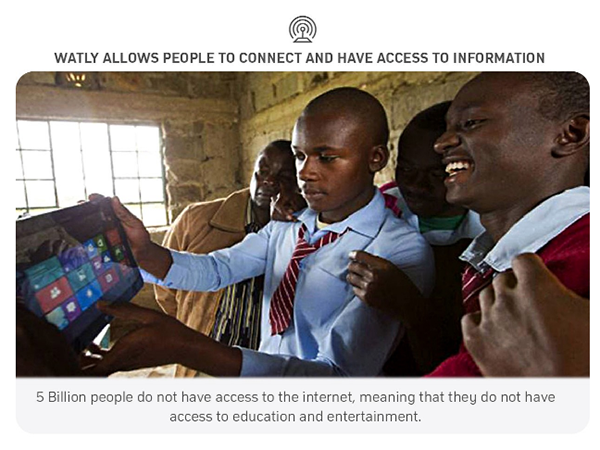 Major telecoms companies are also interested in investing in the technology. Attisani is coy about which companies are involved but says, “You might have a phone from the same brand as one of the companies. All of them are working confidentially right now.”

A full size Watly costs $400,000, but Attisani says that is an investment, not an expense. Once it is installed, it can run with just minimal upkeep for 15 years powered only by the sun. The most significant innovation used in Watly — the thing that separates it from other water purifying devices — is the use of graphene and aerogel. “We use the graphene to absorb hydrocarbons from the water,” said Attisani.

“It’s very easy to divide physical substances from water. But the beauty of Watly is that it can purify any source of contamination.” What excites Attisani most isn’t the water purification, but the ability to generate internet access without a power station. “That’s the future,” he says.

Republished with permission from Gas 2.0, images via Watly.