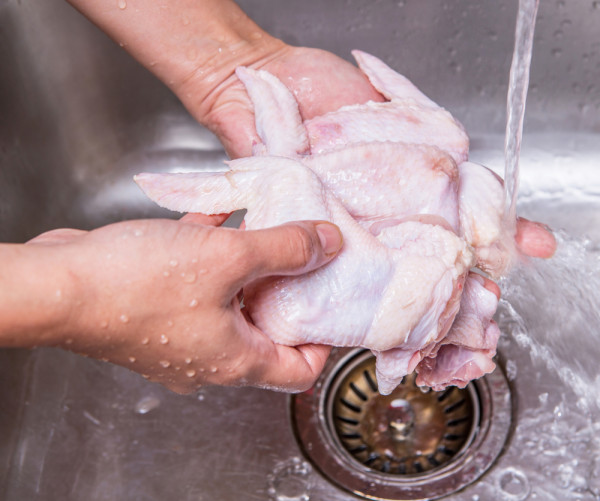 According to Yahoo News, Britain’s food safety watchdog says you should not wash raw chicken before cooking it.

The Food Standards Agency said washing raw chicken spreads the campylobacter bacteria – the most common cause of food poisoning in Britain – onto hands, work surfaces clothing and cooking surfaces. Campylobacter can cause abdominal pain, severe diarrhea and vomiting, and in some cases death. Poultry is the main source of the bacteria, which can also cause Guillain-Barre syndrome, which can leave victims paralyzed. They are urging people not to wash raw chicken so as to reduce the risk of contracting campylobacter.

The CDC website states that most cases of Campylobacter occur as isolated, sporadic events, not as part of recognized outbreaks. The Foodborne Diseases Active Surveillance Network (FoodNet) indicates that about 14 cases are diagnosed each year for each 100,000 persons in the population. Many more cases go undiagnosed or unreported, and campylobacteriosis is estimated to affect over 1.3 million persons every year. And while the CDC is not preaching about fatal outcomes, it has been estimated that approximately 76 persons with Campylobacter infections die each year in the United States.

Curious about what a safe temperature for cooking chicken is? Check out this great post: Meat Temperatures: What’s Safe