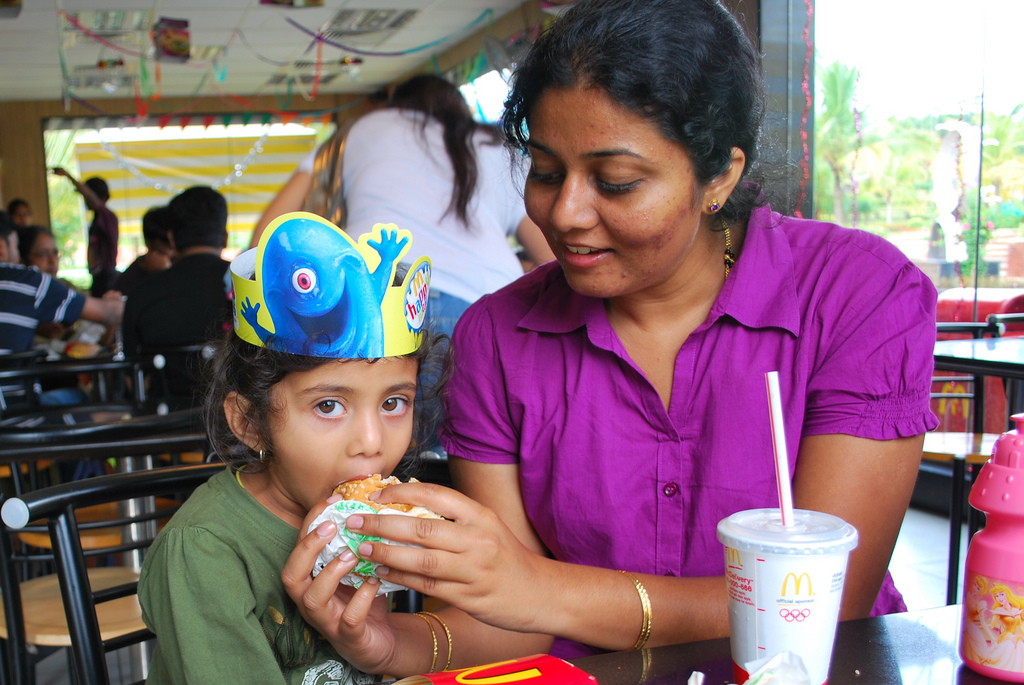 McDonald’s recently reassured investors during a conference call that it’s going to address its declining sales by boosting efforts to attract parents, teachers and school children despite national efforts to keep fast food away from children.

According to Civil Eats: “Among the strategies discussed on the call was a need to ‘start with mom’ by continuing the company’s  ‘McTeacher’s Nights,’ i.e., school fundraisers in which teachers are put to work at a local McDonald’s restaurant and a portion of the night’s proceeds benefit the school.”

McDonald’s President Mike Andres pressed the urgency on the call, stating that the chain’s franchise owners “have got to be in the schools. When you look at the performance relative to peers of the operators [whose] restaurants are part of the community–it’s significant. So we’re celebrating that…this is an essential part of being an McDonald’s owner operator. This is our heritage. And schools are a big piece of it.”

But over the last several years, specifically during the Obama administration in which First Lady Michelle Obama has been focused on improving the health and food choice of the nation’s children, fast food hasn’t been welcome in schools. And for good reason. Fast food and sugary soft drinks are two of the biggest contributors to the nation’s obesity epidemic.

And it gets even weirder. Again, Civil Eats:

But the most troubling aspect of McDonald’s plan is that it flatly contradicts statements made on the corporation’s behalf before the federal government regarding the intent and impact of such in-school marketing.

Yep. Back in February, the USDA issued new rules that would ban marketing on school campuses by companies like McDonald’s, and that means its McTeacher’s Nights and other events the company just said need a refocus of energy are not permitted. “This isn’t the first time McDonald’s has engaged in high-level corporate double-speak when it comes to its in-school marketing practices,” Civil Eats explains.

And it’s probably not the last, either. The company is desperately attempting to stay relevant and boost its sales and it seems that rather than clean up its menu and its supply chain and offer healthier, better food, it’s just going to continue to look for the most impressionable potential customers and lure them any way it can.