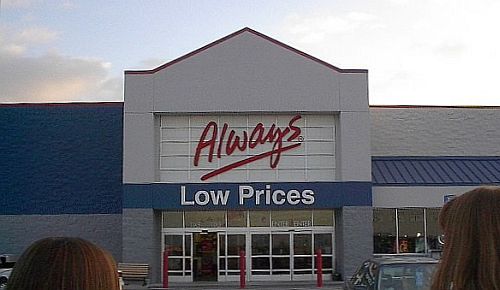 When Wal-Mart announces that they are committing to locally-sourced produce, what does that mean? According to their press release, Wal-Mart will double the amount of locally-sourced produce. That will bring the percentage of local produce sold in their stores to 9%. It seems rather low to begin with, but I suppose every bit counts.  It’s especially low considering that this is not the first time Wal-Mart has gone local.

Some of the numbers in their press release don’t seem quite so impressive once they’re broken down. Two bullet points indicate that Wal-Mart intends to sell $1 billion in food sourced from 1 million small farmers – an average of $1000 per farm – and that Wal-Mart will increase the income of the small and medium farmers it sources from by 10-15 percent.

So, Wal-Mart would have previously paid these small and medium farmers $869-909 for their produce. And now they’ll pay $1000. While I understand that $100 is nothing to sneeze at – I certainly wouldn’t turn it away – it’s also not very much at all. I may be a bit of a cynic, but Wal-Mart might be trying to distract people from the penny-a-pound raise tomato pickers are trying to get.

Some of their other examples of do-gooding are sourcing “tomatoes, blueberries and broccoli in the I-95 corridor, peaches, cucumbers and strawberries in the Delta region and potatoes, onions and apples in the Mid-American program.” This is pretty much how it’s done now. I-95 runs from Florida, up the east coast to Maine. Florida tomatoes in Maine aren’t local by anyone’s definition.

Still, Wal-Mart is huge. The attention brought to local foods and small farmers by such a retail giant might be worth the lack of real change in the store itself. What do you think?

Image by ILoveMyPiccolo, used with a Creative Commons license.