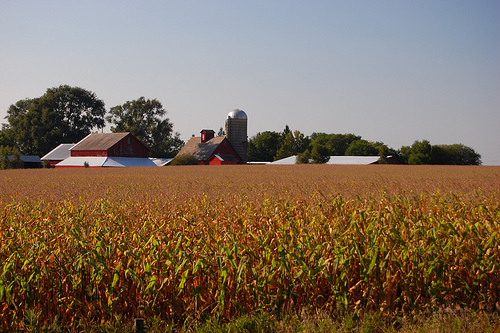 Today the Obama transition team announced the President Elect’s newest addition to his Cabinet: Tom Vilsack will be the Secretary of Agriculture.

Selecting the former governor of Iowa, one of the nation’s top agriculture-based economies, seems natural. As the economic crisis has exacerbated the tumult that had already begun plaguing the American farming industry, Vilsack is in a unique position to understand the related issues that will no doubt influence Obama’s new economic stimulus package. Moreover, Vilsack is a vocal supporter of combating global warming, finding alternative energy sources, and investing in biofuels—issues that must take center stage in the reshaping of agricultural policy.

However, Vilsack’s appointment could be a mixed bag. While he is a vocal supporter of biofuels, he (like his soon-to-be new boss) believes ethanol production is the most viable option. It could be viable, as long as corn-based ethanol is avoided like the plague. It has been shown to cause more environmental problems than it would solve. Even the President Elect admits it is sub-optimal. We can only hope the powers-that-be will make informed, balanced decisions that aim to mitigate the consequences should corn-based ethanol be chosen as an interim solution.

Vilsack was a predictable choice, and I’m a bit disappointed that the Great Wave of Change didn’t include a more unconventional appointment to the Agriculture post. Last week New York Times journalist Nicholas D. Kristof called for a new Secretary that would reform the practices of farming lobbies. And in an “Open Letter to the Next Farmer-in-Chief,” which appeared in the New York Times Magazine in October, the ever-inspiring Michael Pollan emphasized the importance of, among other things, moving away from monoculture– and fossil fuel– (namely, corn-) based farming as a way to increase food safety, national security, pubic health, and—ding ding ding!—capitalize on the most renewable energy source of all, the sun. Let’s hope these ideas make their way into White House discussions, let alone new policy. They represent change American farming sorely needs.

Image credit: reallyboring at Flickr under a Creative Commons license.