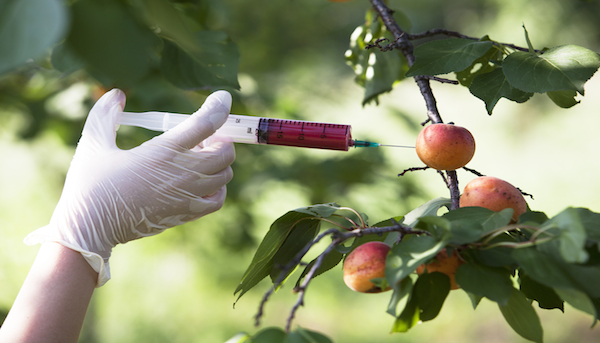 It only took a little more than a month for Big Food’s front group, the Grocery Manufacturers Association, to file a lawsuit against the state of Vermont over its recently passed GMO labeling law.

The law, which goes into effect in July 2016, will require manufacturers who plan to sell food in the state of Vermont, to label genetically modified ingredients in food products.

In a statement about its decision to file the suit, the GMA said that the law (Act 120) “imposes burdensome new speech requirements — and restrictions — that will affect, by Vermont’s count, eight out of every ten foods at the grocery store.” The Grocery Manufacturers Association contends that the law violates First Amendment rights, which protect corporations as well as individual rights to free speech. “Vermont has effectively conceded this law has no basis in health, safety, or science. That is why a number of product categories, including milk, meat, restaurant items and alcohol, are exempt from the law. This means that many foods containing GMO ingredients will not actually disclose that fact.

“The First Amendment dictates that when speech is involved, Vermont policymakers cannot merely act as a pass-through for the fads and controversies of the day. It must point to a truly “governmental” interest, not just a political one.  And the Constitution prohibits Vermont from regulating nationwide distribution and labeling practices that facilitate interstate commerce.  That is the sole province of the federal government.  The U.S. Food & Drug Administration, the U.S. Department of Agriculture and the Environmental Protection Agency have both the mandate and expertise to incorporate the views of all the stakeholders at each link in the chain from farm to fork.”

The state anticipated the backlash upon Governor Peter Shumlin’s signing of the GMO labeling law and has already allocated legal funds to help defend its new law.