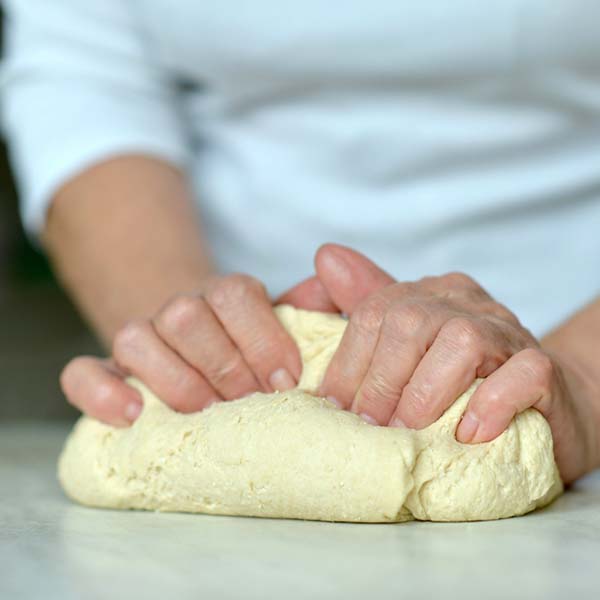 There’s a widespread misconception that vegan food has to be healthy and that veganism is the gateway to an eating disorder. Let’s talk about it!

There’s a perception out there that if you don’t eat whole, raw foods, then you’re not vegan. That veganism has to involve some sort of deprivation diet or an eating disorder. This could not be more untrue.

Over the past couple of weeks I feel like I’m seeing a lot of misrepresentation of what is vegan food and what isn’t. It began with The Blonde Vegan blaming her eating disorder on veganism and ended with a comment that I recently read on a plant based forum I belong to.

My heart goes out to Jordan Younger – The Blonde Vegan –  and her struggle with food. As someone who’s also had body image problems, I can absolutely relate. Where I take issue is with the idea that vegan food or a vegan diet caused her orthorexia.

Vegan food doesn’t have to be restrictive, but someone who has issues with food can certainly incorporate those anxieties into her veganism. But it’s not fair to say that vegan food was at the root of her problem. Eating disorders are complex, and it takes more than eschewing animal products to cause that sort of self-loathing. This is me speaking from experience. It trivializes eating disorders to imply that veganism alone can cause something as deep and severe as anorexia or orthorexia.

The comment that really upset me didn’t come from an ex-vegan though. It came from a current vegan who said that some people who “claim to be vegan” actually eat processed food. This sort of judgement within the vegan community is doing our movement far more harm than good.

There seems to be this unspoken game of “Who is the most vegan?” within the vegan community, and everyone has a different definition of what vegan food includes. It makes veganism seem unapproachable, and it doesn’t serve animals at all. And isn’t veganism supposed to be about protecting animals?

I want to disspell this myth that you’re not “really” vegan unless you eat not only plant foods, but specific plant foods. No, no, no.

Here are some examples of vegan food and drinks that you might think are off limits, because they’re not whole foods, and they’re certainly not healthy in excess:

+ Many, many brands of potato chips. Check this recipe for vegan Dorito-crusted tofu, and then tell me that vegan food is about deprivation.

I could list vegan junk foods all day, because there are thousands of options. When I was reading that comment about people who “claim to be vegan,” I was halfway through eating a chocolate bar and on my second glass of wine. Both the chocolate and the wine were animal product free, meaning that they were vegan. Veganism isn’t about a pure diet, I promise!

Veganism is a lifestyle that’s about avoiding animal products as much as humanly possible. If it doesn’t contain animal products and wasn’t tested on animals, it’s vegan. Food doesn’t have to be raw, whole, grain free, sugar free, or gluten free to be vegan. It just has to be animal free.

I’m not saying that I don’t respect plant-strong vegans, gluten free vegans, or grain free vegans. All that I’m saying here is that you don’t need any of those adjectives to be vegan. You just need to embrace a cruelty-free lifestyle, and that lifestyle can include potato chips, wine, cupcakes, and bread if that’s how you want to do it.

This ongoing game of Who’s the Best Vegan is bad news, y’all, and we need to quit it. It doesn’t serve our community, and it doesn’t serve the animals that we’re trying to protect. Pass the potato chips!

I originally published a version of this article at Feelgood Style. It’s republished here with permission.