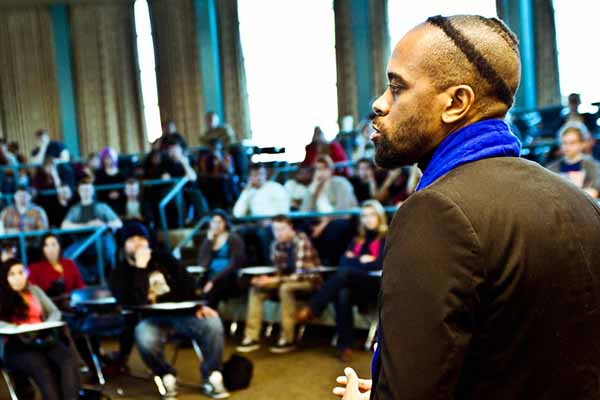 Stic of Dead Prez is spreading the good word about eating a healthy vegan diet even if you think you can’t afford it.

It’s not news that America is struggling with an obesity crisis. It’s also not news that obesity is a bigger problem in low-income areas. Stic wrote an article for Plant Based on a Budget called “7 Ways to Eat Good on a Hood Budget” aimed at making a healthy vegan diet accessible to this population, and it is a great read. Seriously, go check it out and come on back. We’ll be here!

What I love about the article is that while it’s clearly aimed at folks living in low-income areas, it’s full of common sense advice that can apply to anyone wanting to try a vegan diet but afraid of what it will do to your grocery bill.

A vegan diet doesn’t have to be expensive.

I hear so many people  – who are living on a much better than “hood budget” – complain that eating a healthy vegan diet is too expensive, and I think that’s sort of a cop-out in many cases. Americans spend far less on food than people in any other country, that this isn’t something to be proud of. The reason our food costs less is because it’s processed, genetically modified crap. And we don’t have to do that to our bodies.

This paragraph from the Dead Prez article is the one that really hit home for me:

But in our best interest, We have to value our health above all these other things, and make eating healthy a priority in terms of how we spend the resources we have. Makes no sense to be fronting like a rich person on the outside ,but in reality, in poor health on the inside, right? But it’s easy for any of us to make excuses without looking at at a budget, so that’s where budgeting comes in handy.

As he discusses in the article, you can eat plant-based on a budget. It just takes planning and prioritizing.

He also points out that there are hidden costs to eating the Standard American Diet of processed foods and animal products. This really says it all:

…we can pay now or pay later (in suffering and doctor bills etc) when it comes to our dietary discipline and choices.

Need some resources to help you start eating a vegan diet or just eating more plant-based foods today? Check out some of these:

The only part of the health puzzle that I think Stic misses in his article is the issue of food deserts. As a few commenters pointed out, even if you want to eat healthy fruits and veggies, low-income areas often don’t have a proper grocery store. This is a tricky problem, and there are groups working to find solutions to the food desert issue. Ron Finley’s community garden in South Central L.A. is a good example of food justice at work.

Do you live in a food desert or near one? Have you run across any groups or individuals who are making healthy food accessible in these areas? Tell us the good news in the comments!