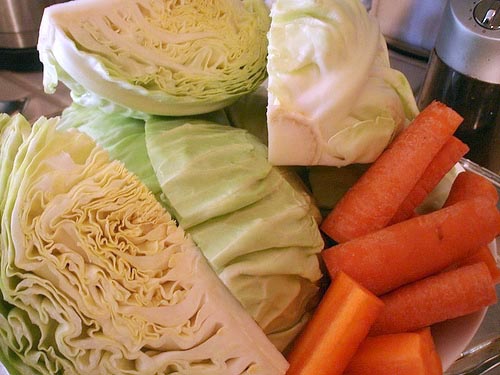 With St. Patrick’s day coming up fast and a recent cold snap here in Atlanta, a hearty plate of corned beef and cabbage sounds just about right. Who says that vegans can’t whip up a batch of this Irish staple? Here are a few recipes that say otherwise!

2. Over at The Vegan RD, Ginny shares her vegan take on the classic corned beef and cabbage and a beer bread recipe to pass alongside it.

Have you guys made any good, vegan corned beef and cabbage? Most of the recipes I found call for fake meat, which I don’t necessarily think is a bad thing, but it would be fun to try making this with other vegan proteins – maybe beans?