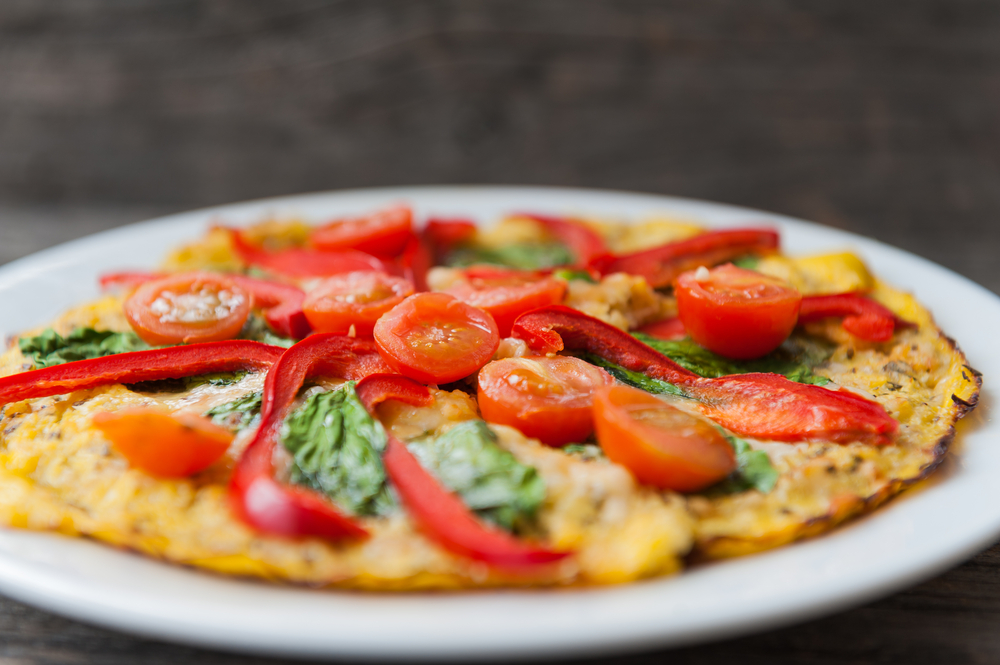 Don’t just make a pizza at home–make a vegan cauliflower pizza crust recipe that will make everyone at your table tell you how awesome you are.

Here’s proof that the vegan diet is awesome: A regular pizza loaded with meat and cheese? Totally bad for you. No way around it. But a vegan pizza made with veggies and more veggies? Healthy! Yep, you can have your pizza and eat it all up, without the guilt. And if you want to make it even healthier, give it the ultimate vegan makeover: a vegan cauliflower pizza crust recipe. You’re welcome.

Cauliflower is quite the veggie darling du jour: it’s loaded with healthy plant fiber, vitamins, minerals and antioxidants. Plus, it’s super versatile and much healthier than a regular flour pizza crust. So whether you’re looking to cut the carbs or just mix things up on the menu, this vegan cauliflower pizza crust recipe is just the thing!