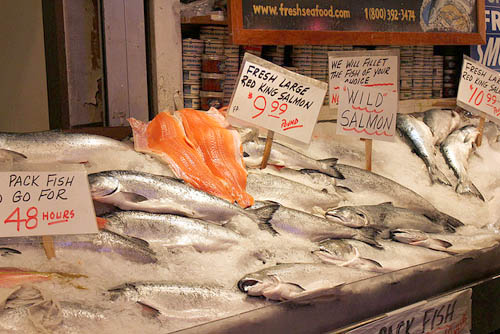 As we have learned more about global climate change, environmental degradation and resource depletion, the environment has become a bigger part of the proverbial conversation in the general public.

Most people now believe in human caused climate change, and there are a growing number of folks who are willing to vote with their dollars – spending money (a vital way to make a statement in a capitalist economy) on products and services that are more environmentally friendly and sustainable.

Consumers are shopping more locally, driving hybrid cars, installing solar panels on their roofs and more. While the public seems to be making strides in the right direction, the government seems to be slow in catching up, even going against public opinion in some cases.

Genetically modified foods have been controversial from their introduction. Many people are uncomfortable with the possibility of negative environmental and health implications. Nature is not containable, and it has been shown that one cannot keep it in a box. Genetically modified foods have the ability to intermix with native and traditional flora and fauna, threatening the biodiversity of the landscape.

One area that has received a large amount of public scrutiny is genetically modified factory farmed fish such as salmon. The majority of the public seems to be opposed to genetically modified organisms, particularly organisms like fish who can escape into the open water and interbreed with native salmon. The USDA has chosen to go against the grain here and fund something that the people are opposed to.

USDA recently announced that it was going to provide a half a million dollars in funding for a company called AquaBounty, who are pursuing research on how to “invent” genetically modified salmon that are sterile, so they won’t have the ability to interbreed with the native species.

The USDA is not only going against the wishes of the public on this one but had to fight a Congress that isn’t fond of genetically modified organisms as well – for good reason as there is an increased risk of environmental contamination with each GM crop or creature introduced.

While as a society we seem to be moving forward, this funding from the USDA shows that not all governmental bodies are acting in the interests of the public. There is good cause for concern as biodiversity is the very thing that allows our planet to thrive with life.

Genetically modified organisms have been shown to intermix with the natural environment, which has the potential to alter our environment in a drastically negative way.

Want to get heard? Tell the USDA that we want labels on genetically modified foods, so that consumers can continue to vote with our wallets.