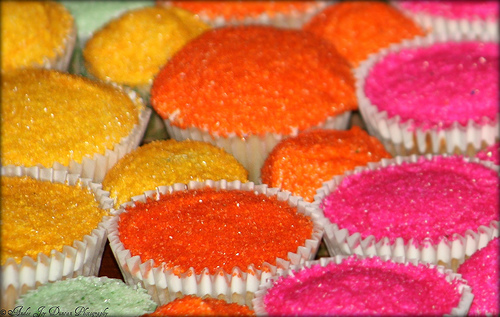 I wrote back in June about the fact that the USDA doesn’t follow its own dietary advice.. when it comes to food subsidies. But a new report by the US Public Interest Research Group, “Apples to Twinkies,” puts more numbers to that.

This is the most striking line from the conclusions, to me:

“If these agricultural subsidies went directly to consumers to allow them to purchase food, each of America’s 144 million taxpayers would be given $7.36 to spend on junk food and 11 cents with which to buy apples each year – enough to buy 19 Twinkies but less than a quarter of one Red Delicious apple apiece.”

Wow, any wonder why we’re so obese and unhealthy in the US?

Here are some more key lines from US PIRG:

Some good news? Maybe. Here’s more from the US Food Safety blog:

“It’s possible, though, that the era of huge farm subsidies may be coming to a close. Food Safety News notes that Obama called for a massive cut to farm subsidies for the 2012 budget. The cuts were proposed as a part of his deficit reduction plan — but this new study shows how far subsidy changes could go towards cutting obesity rates as well.”

You can download the full US PIRG report [pdf] here: Apples to Twinkies.