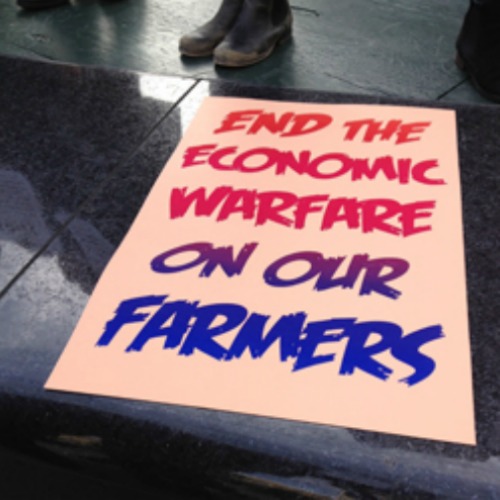 Oral Arguments Were Heard in the Federal Courthouse in Manhattan

I’ve been following this critically important lawsuit, and here’s the latest update for you:

On Tuesday, January 31,  Judge Naomi Buchwald heard oral arguments in the case against Monsanto brought by a consortium of organic farmers. This is the landmark organic community lawsuit known as OSGATA et al v Monsanto. In the press release, farmer and OSGATA president, Jim Gerritsen, reported that there was standing room only in the courtroom with over 55 of the plaintiffs in attendance representing at least 21 states.

The farmers received considerable support from a planned “citizen’s assembly” numbering in the hundreds, that took place outside the courthouse. Daniel Ravicher of the Public Patent Foundation and lead lawyer for the Plaintiffs, addressed the crowd after the court hearing and provided this summary:

“We were very pleased that the court granted our request to have oral argument regarding Monsanto’s motion to dismiss our case today. The judge graciously permitted both parties to raise all the points they wished in a session that lasted over an hour. “

“While Monsanto’s attorney attempted to portray the risk organic farmers face from being contaminated and then accused of patent infringement as hypothetical and abstract, we rebutted those arguments with the concrete proof of the harm being suffered by our clients in their attempts to avoid such accusations.  The judge indicated she will issue her ruling within two months.  We expect she will deny the motion and the case will then proceed forward.  If she should happen to grant the motion, we will most likely appeal to the Court of Appeals who will review her decision without deference.”

The community of organic farmers, seed producers, plus stakeholders including consumers, will be anxiously awaiting Judge Buchwald’s decision in this pivotal lawsuit which will give long overdue visibility to Monsanto’s uncalled for bullying and harassment of organic farmers.  Stay tuned!