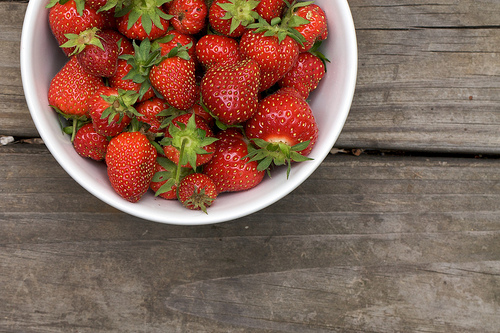 About a month ago, Jeannie posted an eye-opening piece on California’s approval of the toxic soil fumigant, methyl iodide for growing strawberries. It caused a bit of a stir, both in the comments and on Facebook, and one reader reached out to let me know that she’d contacted one strawberry company to see if they were using methyl iodide on their fields.

Katherine Lent pinged the folks at California Giant Berry Farms and they responded that they do not use the controversial soil fumigant on their California strawberries and do not have plans to start doing so.

California Giant also has a site that’s specifically about their food safety practices, which I thought was very interesting. The page includes a video about their growing and packing process, and there’s also a link to SafeFruitsandVeggies.com, which is essentially a pesticide lobby website targeting the EWG’s Dirty Dozen campaign.

While they aren’t using methyl iodide right now, that link makes me suspicious about what else they might be spraying on their berries or using the fumigate the soil. California Giant sells organic and conventional strawberries, and given their support for SafeFruitsandVeggies.com, you’re probably best off sticking to organic California strawberries from that company. Better yet: check out your local farmers market or CSA for local strawberries. You can ask the farmer first hand about the farm’s growing practices!