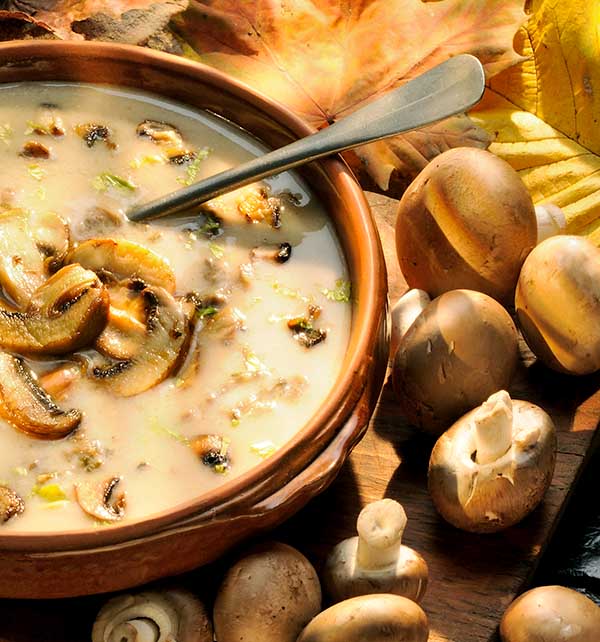 We knew that umami makes foods more satisfying, but new research shows that it could actually benefit our health as we age.

Many elderly people suffer from a waning sense of taste, and this has some debilitating side effects. They may just plain not eat enough food or they may opt for less healthy foods. Research published in the journal Flavour found that beefing up food’s umami profile could help elderly people make better food choices.

The researchers specifically looked at how adding MSG to food helped elderly patients who had lost some of their sense of taste. While I’m not sure that I am on board with adding MSG to food, there are natural ways to up your food’s umami ante.

Jeannie Moulton wrote a piece about umami back in 2010 and shared some common fruits and vegetables that contain this “fifth taste.” She lists foods like tomatoes, avocado, garlic, mushrooms, potatoes, soy beans, carrots, some seaweeds, and green tea. Nutritional yeast is another natural ingredient that adds umami to your food.

Curious about how umami helped improve appetite and health in elderly patients? You can read the press release about the research below.

How Umami May Benefit Our Health

The umami taste could have an important and beneficial role in health, according to research published in the open access journal Flavour. The journal’s special series of articles ‘The Science of Taste’ also finds that ‘kokumi’ substances, which modify flavour, could improve the taste of low-fat foods.

Guest editor Ole Mouritsen, professor of biophysics at the University of Southern Denmark, said: “In general, our understanding of taste is inferior to our knowledge of the other human senses. An understanding and description of our sensory perception of food requires input from many different scientific disciplines.

“In addition to the natural and life sciences, human sciences, social sciences, as well as the arts, each contribute their perspectives on what we call ‘taste’. For this special series, we’ve brought together researchers from a range of different disciplines with the aim of providing a composite mosaic of our current understanding of taste.”

Despite the widely held belief that monosodium glutamate (MSG) is an unhealthy addition to food, researchers from Tohoku University Graduate School of Dentistry, Japan, show that the taste it triggers, umami, is important for health, especially in elderly people.

In a small study of 44 elderly patients, the researchers showed that some elderly patients suffer a loss of the umami taste sensation, and that all of the patients studied complained of appetite and weight loss, resulting in poor overall health. Umami taste receptors also reportedly exist in the gut, suggesting that the umami taste sensation functions in nutrient sensation and modulating digestion in the gut, which could be important for maintaining a healthy daily life.

The researchers suggest that diseases suffered by elderly patients and side effects from their medications could cause taste disorders and reduced salivation. They also found that treatment to improve salivary flow had a beneficial effect on the patients’ taste sensations and could help patients with reduced umami sensitivity.

In a separate review, Kumiko Ninomiya of the Umami Information Center, Japan, discusses umami’s discovery and the hundred-year delay in its global recognition as a basic taste. Exploring the differences in culinary culture between Europe and Japan, Ninomiya highlights recent collaborative studies with chefs and researchers on the different taste profiles for Japanese and Western soup stocks, and explains why umami has been more easily accepted by the Japanese. But she says a recent exchange on cooking methods and diverse types of umami-rich foods in different countries has facilitated a new approach to culinary science and could bring healthier and tastier solutions.

‘Kokumi’ substances, as found in garlic, onions and scallops, are known to enhance basic tastes when combined with other flavours, despite having no taste themselves. In a study of 29 people, published in Flavour, researchers showed that the addition of a kokumi substance significantly enhanced thick flavour, aftertaste, and oiliness in reduced-fat peanut butter. This suggests that kokumi substances could improve the flavour of low-fat foods.