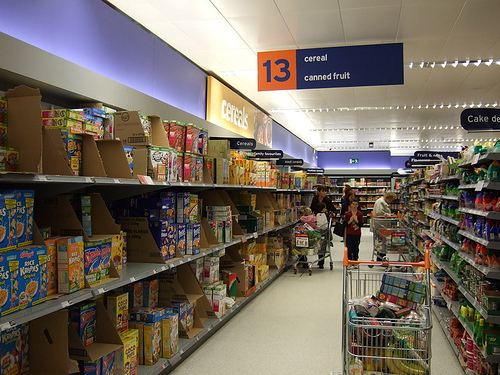 I’ve often looked to the UK as a great model of cautious, thoughtful food policy, but it looks like the new government there is taking its cues from the food industry rather than from a public health standpoint.

The new UK Health Secretary, Andrew Lansley, is abolishing their Food Standards Agency, which is basically the UK equivalent of the FDA. Regulating food is going to now fall to the Department for Environment, Food and Rural Affairs (Defra), and the public health aspects will go to the Department of Health.

The Guardian reports that:

Andrew Burnham, Labour’s health spokesman, said: “Getting rid of the FSA is the latest in a number of worrying steps that show Andrew Lansley caving in to the food industry. It does raise the question whether the health secretary wants to protect the public health or promote food companies.”

They’ve also gotten rid of the front of package traffic light label, which was aimed at helping consumers make quick, informed food choices at the grocery store. The traffic light system told shoppers at a glance how much sugar, salt, fat, and saturated fat was in a product.

What does the food industry want in its place? “Guideline daily amounts,” which sounds a whole lot like the “Recommended Daily Allowance” system that we have here in the US. Interesting!

The FSA did have its problems, but I’m interested to see what the future of food looks like in the UK without an independent watchdog agency. How do you guys think this is going to play out?

Sources:
The Guardian and
Food Politics

Becky Striepe is a green blogger and independent crafter with a passion for vintage fabrics. She runs a crafty business, Glue and Glitter, where her mission is to use existing materials in products that help folks reduce their impact without sacrificing style! She specializes in cupcake aprons and handmade custom lunch bags for women.