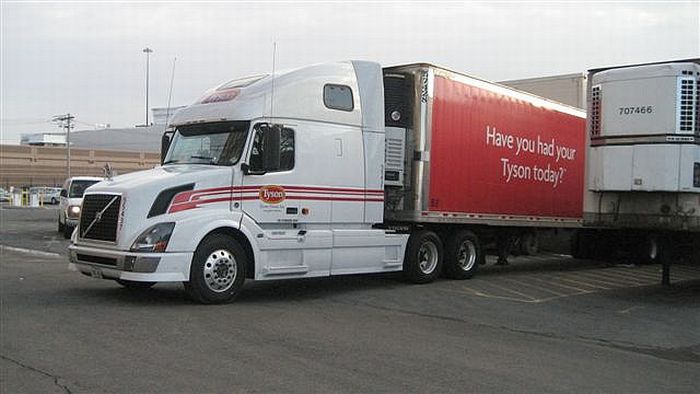 Tyson Foods, Inc., of Sedalia, Missouri recalled 33,840 pounds of chicken due to a possible contamination with Salmonella Heidelberg. The chicken was produced on October 11, 2013 by mechanical separation.

Seven people fell ill with Salmonella Heidelberg in a Tennessee correctional facility. The start of those illnesses was between November 29, 2013 and December 5, 2013. Two people needed hospitalization, but so far there have been no deaths. The outbreak is still under investigation.

The mechanically separated chicken under recall was used only for institutional use. In other words, it was probably served only to prisoners and schoolchildren. It was not for sale in grocery stores and it was not used as an ingredient in products that were sold in grocery stores.

What is Mechanically Separated Chicken?

According to the USDA, mechanically separated chicken

The “edible tissue” can include such parts of the bird as bones, bone marrow, skin, nerves, and blood vessels, as well as what you probably think of as meat. This is not the same as pink slime, although it sounds just as appetizing. The process enables corporations to use more of the carcass, thereby making more money off each animal.  If you’re really curious, here’s a video describing the process of mechanically separated chicken.