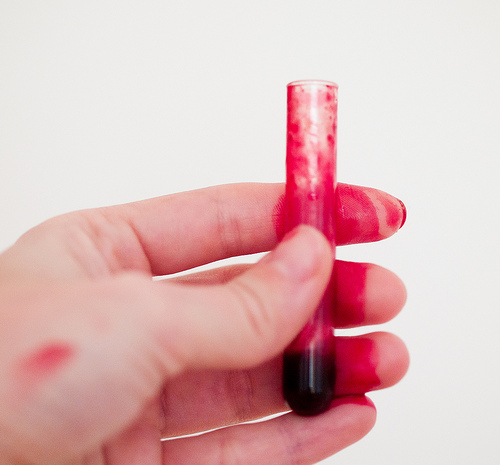 When you let the GMO industry police itself and evaluate the safety of its own products, you are bound to get something different than if you had (or let) independent scientists do so. I’ve covered the scientific limitations of GMO studies commissioned or conducted by the GMO industry before, as well as 13 scientific studies that have identified a link between GMOs and organ disruption. News is out now that may be even more disturbing.

“Fresh doubts have arisen about the safety of genetically modified crops, with a new study reporting presence of Bt toxin, used widely in GM crops, in human blood for the first time,” India Today recently reported.

Many genetically modified crops include genes of bacteria in order to make them resistant to pests. While these genes make the crops toxic to pests, the claim is that they do no harm to humans or the environment. BT toxin, inserted into some GM crops, is one such toxin that scientists and GM companies have claimed is harmless since it breaks down in the gut of humans. However, a new study by researchers at the University of Sherbrooke in Canada shows that insecticidal proteins of GM crops may not actually break down as claimed. Here’s more form India Today:

Scientists from the University of Sherbrooke, Canada, have detected the insecticidal protein, Cry1Ab, circulating in the blood of pregnant as well as non-pregnant women.

They have also detected the toxin in fetal blood, implying it could pass on to the next generation. The research paper has been peer-reviewed and accepted for publication in the journal Reproductive Toxicology. The study covered 30 pregnant women and 39 women who had come for tubectomy at the Centre Hospitalier Universitaire de Sherbrooke (CHUS) in Quebec.

None of them had worked or lived with a spouse working in contact with pesticides.

They were all consuming typical Canadian diet that included GM foods such as soybeans, corn and potatoes. Blood samples were taken before delivery for pregnant women and at tubal ligation for non-pregnant women. Umbilical cord blood sampling was done after birth.

Cry1Ab toxin was detected in 93 per cent and 80 per cent of maternal and fetal blood samples, respectively and in 69 per cent of tested blood samples from non-pregnant women. Earlier studies had found trace amounts of the Cry1Ab toxin in gastrointestinal contents of livestock fed on GM corn. This gave rise to fears that the toxins may not be effectively eliminated in humans and there may be a high risk of exposure through consumption of contaminated meat.

The implications seem pretty clear: toxins added into crops through genetic modification in order to repel pests are also making their way into the bodies, blood, and foetus of humans.

And, really, what do we know about the long-term effects of such toxins? Very little. Of course, to GMO companies and supporters, that means GMOs are safe. But that is  going against the very important precautionary principle of science, as David Suzuki has noted.