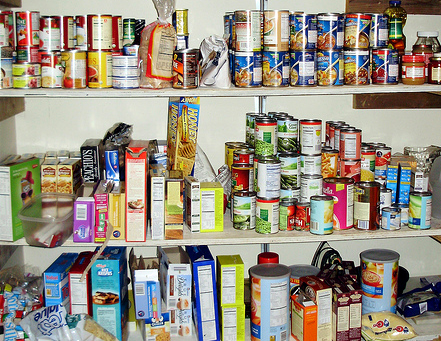 New research links Bisphenol-A with coronary artery disease. Recent legislation bans BPA in containers for baby feeding. Campbell’s Soup just announced its plan to go BPA-free, in response to consumer demand. And the FDA is currently reviewing BPA’s safety in response to a 2008 lawsuit, with a decision expected by the end of this month.

Under fire on many fronts, this controversial chemical just might be on its way out of US consumers’ food supply.

Bisphenol-A (BPA) is an industrial chemical found in polycarbonate plastics and resins commonly used for food and beverage containers, such as cans and plastic bottles. BPA can seep into foods and drinks from their packaging, with poorly understood health impacts on consumers. Health and safety research has produced mixed results, but some studies point to problems.

According to the Mayo Clinic,

… the National Toxicology Program at the Department of Health and Human Services says it has “some concern” about the possible health effects of BPA on the brain, behavior and prostate gland of fetuses, infants and children. This level of concern is midway on its five-level scale, which ranges from serious to negligible. The Food and Drug Administration now shares this level of concern and is taking steps to reduce human exposure to BPA in the food supply by finding alternatives to BPA in food containers.

A newly published study in Endocrine Today found that “higher urinary bisphenol A (BPA) concentrations were cross-sectionally associated with heart disease, independent of traditional risk factors.” According to a research fellow at the Harvard School of Public Health, “This study provides the first evidence that BPA exposure may affect subsequent cardiovascular disease risk.”

Prior to this study, earlier research linked BPA to a variety of other health concerns including

…reproductive problems, prostate and other cancers, and problems in fetal brain development. A recent study from Harvard’s School of Public Health found a link between behavioral issues in preschool-age girls and mothers with high BPA levels — the higher the mothers’ BPA levels, the worse their daughters rated on standard behavior tests.

No BPA Sippy Cups, Please and Thank You!

The New Hampshire House just passed legislation banning the use of BPA in baby food and beverage containers. Similar legislation is pending in at least 11 other states. According to Consumer Reports,

Children may metabolize BPA more slowly than adults and may therefore be particularly vulnerable to BPA, which has also been linked to early puberty, breast cancer, childhood obesity, autism, and hyperactivity.

Soup’s On — Hold the BPA

Due in part to consumer demand, especially regarding soups heavily marketed to children, Campbell’s Soup Company recently announced that they will voluntarily shift to BPA-free packaging. No specific timeline has been announced, but Campbell’s CFO  says the shift has already begun:

“We believe that current can packaging is one of the safest options in the world; however, we recognize that there is some debate over the use of BPA,” he said. “The trust that we have earned from our consumers for over 140 years is paramount to us and we have been monitoring and working on the issue for several years. Because of this, we have already started using alternatives to BPA in some of our soup packaging and we are working to phase out the use of BPA in the lining of all of our canned products. The cost of this effort is not expected to be material.”

FDA: Yes, We’re All Looking at You!

Based on new health and safety data, and in response to a lawsuit filed in 2008 by the National Resources Defense Council, the FDA is currently reviewing BPA for a possible US ban. Because of bans in other countries, most recently France, the BPA issue affects export trade markets as well as US consumer health.

According to a recent Forbes article,

The NRDC filed a petition with the FDA, asking it to ban the use of BPA in food packaging. According to the NRDC, the FDA, which is legally mandated to respond to written petitions within 180 days, ignored the petition, prompting the NRDC to file a suit, requiring it to respond.

“Now, the FDA has agreed to give us an answer — 41 months after the petition was filed,” the NRDC’s Sarah Janssen wrote in a Dec. blog post.

After baby bottles warmed in microwaves were found to release BPA into infants’ milk, the chemical was banned from bottles by the European Union and Turkey, among other countries, in 2008. Canada had already banned BPA in bottles in 2007. Denmark has banned BPA in all baby food products, and the entire Japanese canning industry has replaced its BPA resin can liners. The U.S., however, still allows BPA in baby bottles, though Minnesota, Connecticut, Wisconsin, Washington, Maryland, Vermont and New York have enacted state-level regulations against it. Colorado is working on it.

What with one thing and another, BPA may be on a slow but steady journey out of US food packaging. An FDA decision is expected by March 31. If you’d like to reduce BPA consumption while they think it over, find tips here.

Leave a Reply to Health Benefits of Beans Cancel reply