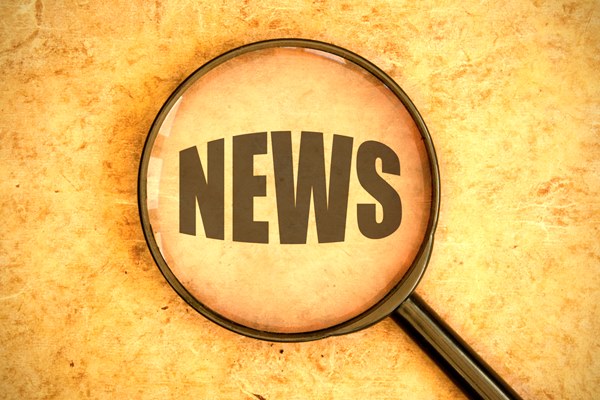 Holy guacamole, Bat-Man (or -Woman) — there’s some big news afoot in the food world! Consumers and citizens view GMOs with skyrocketing skepticism; but the Monsanto-staffed USDA doesn’t much care, and pushes on with expedited approval of new stacked-resistance genetically modified crops. Not to be outdone, the FDA draws fire for lackadaisical (ahem) ‘regulation’ of agricultural antibiotics. Newly published studies show alarming global obesity trends, and disturbing findings among patients with metabolic syndrome. Fox meat, donkey meat, and ‘food loaf’ as punishment — read on for all the best stories from this week’s top news in food!

This week’s news cycle highlights growing controversy surrounding genetically modified foods. The more consumers learn, the less they like being part of the ongoing GMO experiment!

Apples modified to resist turning brown after slicing: a perfect poster-fruit to reveal the purpose of biotechnology in agriculture. It’s not about world hunger, or environmental stewardship, or any other of the other verbal fluff you’ll find in a Monsanto or Dow press release. It’s unlimited profit, at any and all human and environmental costs.

More and more, the average Joe and Josephine on the street understand the problems GMO foods bring to the table. Not coincidentally, mainstream media coverage of GMO issues and questions seems to be outpacing industry PR capabilities.

Since consumer awareness plus consumer demand equals a powerful force for change, within a capitalist system — hence industry’s frantic battle against GMO labeling! — Cheerios has jumped on the ever-growing list of food manufacturers committing to a non-GMO paradigm.

Again, that’s some pretty mainstream change going on! All of you informed consumers out there, keep on doin’ what you’re doin.’ I do believe it’s working!

Our biotech-industry-staffed USDA hastens to do Monsanto’s bidding.

Those new crops being fast-tracked for approval are the stacked-resistance seeds we told you about here at EDB last year:

Not to Be Outdone…

…Or maybe just to make the USDA feel better about itself, the FDA also covers itself with inglory as it tries to handle-but-not-interfere-too-much-with agricultural misuse of antibiotics in animal feed.

Of Diet and Disease

A study published this month by a UK think tank shows that obesity (and all the chronic health problems linked to excess weight) is sweeping the globe — it’s not just a first-world problem anymore.

‘The developing world’s dramatic weight gain since 1980 is due primarily to two factors, says the report: richer diets and more sedentary lifestyles. More people in poorer countries are earning enough to move from diets built on cereals and tubers to diets rich in meat, fat and sugar, and now have increasingly stationary lives. That’s leading to rising global incidence of diseases like cancer, diabetes, heart disease and stroke.’

ATTENTION EVERYONE: DO NOT, I REPEAT NOT, FOLLOW IN OUR S.A.D. FOOTSTEPS! We definitely stepped in something icky, and it’s really really really hard to scrape off.

The Mayo Clinic describes metabolic syndrome as ‘a cluster of conditions — increased blood pressure, a high blood sugar level, excess body fat around the waist and abnormal cholesterol levels — that occur together, increasing your risk of heart disease, stroke and diabetes.’ For these conditions, either considered separately or clustered, dietary factors can literally mean the difference between healthy longevity and severe prolonged debility followed by early death.

Food Stories to Put You Off Your Lunch

Transparency in marketing: food companies hate it, consumers need it! So that’s one problem here. There are others! But I’ll save the discussion about what actually constitutes a ‘food animal’ for another day.

Speaking of things that make me feel nauseous… what kind of people ARE we, anyway? Who DOES this?

Submitted for group consideration: is this really the best we can do? Is it something a civilized society should accept and allow? Is there any evidence that this kind of punishment brings about anything positive in the world?

I suspect not, on all counts.

Horses Still Not ‘Food Animals’ in U.S. (at Least for Now)

Regular EDB readers may know that would-be horsemeat-packers have been chomping at the bit to commence the horse butchery at a Roswell, N.M., processing plant. This week a Santa Fe judge said ‘NOPE!’ (paraphrased) to said butchers’ idea to go ahead and slaughter horses for meat while the lawyers slug it all out. Horses throughout the land — and their human friends — can breathe at least a short-term sigh of relief.

The issue is still very much in dispute, though, since this recent decision only extends the horse slaughter ban for 10 days until the next phase of the legal proceedings.

Horses are not food animals, any more than dogs and cats are food animals — anyone who tells you differently is selling something. C’mon, America: don’t buy it!

Watch this space for continued updates, as legal developments in the world of horse slaughter unfold.

With so many exciting developments in the food world, don’t miss out: subscribe to the EDB newsletter, find us on Facebook, follow us on Twitter, and watch this space every Saturday for a roundup of the juiciest news from the world of food!