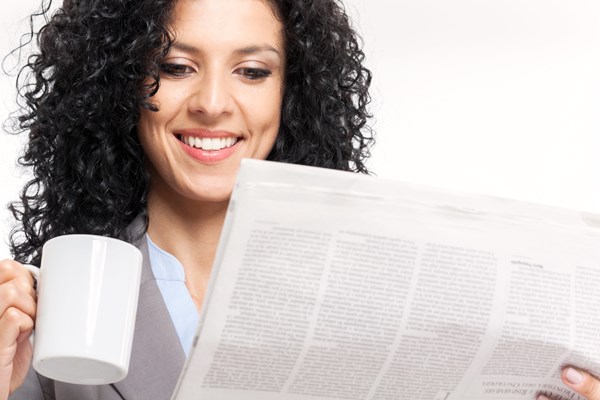 What’s new in food? Glad you asked! This week the USDA shows off its rubber stamp for ‘humane’ meat and poultry labels, while it shops for guns (no, really!) instead of regulating anything as silly as food labels. Meanwhile, hundreds of thousands of pounds of meat are recalled due to lack of USDA inspection. In less infuriating news, consumers seek out organics in ever-increasing numbers, and nifty new research weighs in on both high blood pressure and Egyptian vegetarians.

As Seen on EDB

1. Too Late For Coffee? Starbucks Wine and Beer Is Here — Thousands of Starbucks stores plan to offer wine and bottled beer, to boost evening business. Think it’ll catch on?

2. Michigan Ditches Its Right to Farm Act — Homesteaders, backyard beekeepers, and other small-scale agriculture enthusiasts lost some rights this week in Michigan.

3. Can Fast Food be Fair Food? Food Worker Strikes Go Global, Aim for ‘Yes’ — Hundreds of food workers across the U.S. and around the world walked of the job Thursday, in a massive protest clamoring for better wages.

USDA Did What Now?

4. Department of Agriculture buying unknown amount of submachine guns and high-capacity magazines — Because… um… agriculture?! Have you noticed how the USDA’s behavior has become increasingly irrational, of late? In all seriousness, I think those guys may need an intervention, or counseling or something.

Until they get the support they so clearly need, DO NOT get in their car or go anywhere alone with them!

5. 80 Percent of ‘Humanely Raised’ and ‘Sustainably Farmed’ Claims on Meat and Poultry Unverifiable — While they’re out buying weaponry, some important things are falling through the cracks (er, chasms rather) of the USDA’s (mostly hypothetical) animal industry ‘regulation.’ As consumers learn more about factory farming atrocities, and try to shop accordingly, there’s been a ‘humane-washing’ marketing boom among purveyors of animal bits and squeezin’s: ‘Sustainably farmed!’ and ‘Humanely raised!’ are all the rage on animal product packages lately.

But did you know that 80% of these labels are backed up by no more than a statement from the seller? The person who stands to gain from slapping ‘humane’ labeling on their company’s animal products says ‘Yep! We do it super-duper humanely!’ … and the USDA says ‘Okey-dokey then, carry on!’ And presto: ‘regulation’ complete.

Someone convince me this is anything but bovine barnyard waste in policy form.

“Until USDA makes significant changes to its approval process, consumers should be wary of any meat products whose label includes an animal welfare or environmental claim that is not accompanied by a statement or logo indicating an independent third party verified the claim.”

INDEED! Humane labels on animal foods are generally nothing more than a USDA-endorsed marketing scam: don’t fall for it! There IS one reliable way, though, to take your grocery dollars from the pockets of animal abusers — and it may be easier than you think.

6. Recall: Pork and Poultry Being Sold Without USDA Inspection — ‘New York-based Transatlantic Foods Inc. late Friday recalled approximately 222,000 pounds of pork and poultry products that was not inspected by the U.S. Department of Agriculture.’ It’s unclear as of yet whether any illnesses were caused by the uninspected meat. I resubmit, for consideration, that this industry is grossly (and I do mean grossly) under-regulated.

Of Health and Diet (and Salt)

7. People With High Blood Pressure Often Have a ‘Salt Tooth’ — A newly published study assessed 118 people with and without high blood pressure, and found that those with hypertension showed a distinct preference for salty food. Overconsumption of salt can contribute to high blood pressure; and taste is very much shaped by habit. So it’s not at all surprising that research turned up this link.

It’s interesting, though, that folks are spinning it as though FIRST the folks in question had a natural bias towards salty foods, AND THEN BECAUSE OF THIS FACT they experienced high blood pressure. Hypertension is heavily influenced by diet; and diet is shaped by habit and culture. If you grow up eating overly salted fried foods (hey Southern food culture, I’m lookin’ at you!) those things will taste good and normal and right to you — because it’s what you’ve always eaten. You will have both a taste preference for those flavor profiles, and an increased risk of high blood pressure. Dietary habits shape both tastes and health outcomes — that’s not exactly rocket surgery, right?

8. New Study Reveals Ancient Egyptians Were Mostly Vegetarian — According to new research published in the Journal of Archaeological Science,  evidence suggests that ancient Egyptians ate a mostly-vegetarian wheat- and barley-based diet. Researchers were surprised to find little evidence of fish consumption, long considered to be a likely staple of Egyptian meal plans.

10. Battle Over Genetically Modified Foods in Oregon — Organic farmers tired of the futile effort to keep genetic contamination out of their fields took the issue to voters. Mail-in ballots for a voter initiative to ban cultivation of genetically modified crops will be counted on Tuesday of next week. If approved, the measure ‘would drive producer Syngenta out of the Rogue Valley where it grows seed for sugar beets resistant to the popular weed killer Roundup.’

Tune in again next Saturday for the next installment of TNFF. Meanwhile subscribe to the EDB newsletter, find us on Facebook, follow us on Twitter, and meet me back here every Saturday for your food news fix!