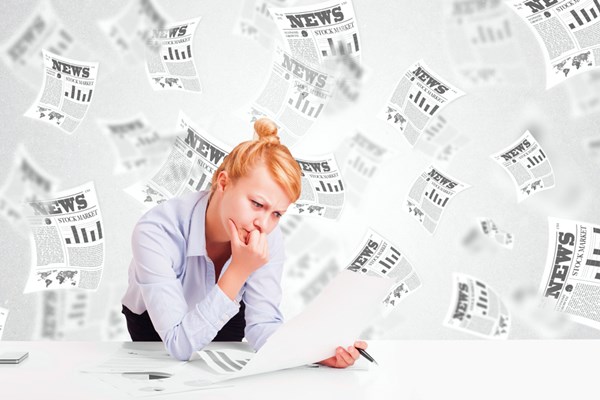 Should you be allowed to know how much mercury you’re eating? Or whether your food contains GMOs? Our legal and legislative bodies struggle to answer these food-industry-vexing questions. Meanwhile the USDA bats its eyelashes at Big Ag, and proposes new ways to make poultry packers happy via less regulation, increased food safety risks, and more hazardous conditions for workers. Speaking of foolishness — this time with a dash of hilarious irony — Jon Stewart invites Paul Ryan to eat his own ill-considered words, with which Ryan disdained free lunch programs for poor children. Find the week’s best and worst food news here!

Do you think people should be able to choose whether or not to consume genetically modified foods? Yeah, well: so does nearly everyone in the country! It’s a tribute to the massive political clout of Monsanto et al that it’s taken us so long to finally try to begin wrestling that particular monster into some kind of accommodation with the will of the republic.

4. California’s Trying for GMO Labeling: What Needs to Happen for It to Work This Time

5. Battle over GMO labeling rumbling in US

Infinite biotech lobbying pockets notwithstanding, the GMO labeling train gains ground by the day — and not only in the U.S.

6. GMOs Should Be Regulated On A National Level In Europe, British Scientists Argue

Better late than never, says I!

7. Mercury: Groups Sue FDA for Seafood Health Information — A group of consumer protection and environmental groups filed a federal lawsuit on Monday over the FDA’s failure to provide consumer information about mercury contamination. The FDA ignored its own rules, violating federal law, by not responding to a petition by groups seeking increased information about mercury levels in seafood. Now the pro-mercury-transparency forces (Earthjustice, Center for Science in the Public Interest, and Mercury Policy Project) are seeking a court-ordered deadline for an FDA response.

In the FDA’s defense, people probably don’t care if they’re eating tons of toxic metals, right?! After all, such labels could inconvenience the food industry for no better reason than consumer safety; and as everyone knows, that is just NOT what the FDA is all about.

So anyway, NO. In related news, you must watch this video or risk cheating yourself horribly!

As Jesus once said, ‘If you give a man a fish — don’t. Period. End of Bible.’ — Jon Stewart, a.k.a. B.S. dismantler, occasional food politics commentator, and charmer extraordinaire.

This Week in USDA Fail

Speaking of bullpuckey: maybe as part of its New Year’s resolutions the USDA decided to aim for ‘Best Onion Material’ this year — that would explain so much!

As dark comedy or satire, it sort of works; as an actual taxpayer-subsidized reality, though, the situation looks a bit more grim.

9. UPDATE 1-Group seeks court order on USDA over genetically modified alfalfa — According to Reuters, ‘A public interest group is asking a court to force the U.S. Department of Agriculture to turn over documents explaining its approval of a genetically altered alfalfa even as the department acknowledged the crop’s potential to do environmental damage.’

In case you hadn’t noticed, the USDA is not functioning as a regulatory agency in the modern agricultural age! A ‘regulatory agency’ will, at some point, actually enforce some type of regulation upon the entities they’re charged to oversee.

10. USDA proposal threatens health of vulnerable poultry workers — This proposal to increase line speeds and decrease regulation is a big steaming stinky gift for bird purveyors and packers like Tyson and Purdue — and a nightmare for everyone else involved, both avian and hominid. This proposal perfectly highlights (again) the troubling ongoing reality: the USDA is absolutely not functioning as a legitimate regulatory agency, regarding animal protection, food contamination, or worker safety within the food industry in the modern world.

Well, you know, unless you’re crazy about animal cruelty, salmonella, and worker exploitation — in which case, send the USDA a thank-you note because they’re doing things just exactly right!

Who needs some, by now? (Everyone!)

11. States finding ways to skirt cuts in food stamps, frustrating congressional goals — Congress said, ‘Let’s starve more poor people, to make a political point.’ As it turns out — surprise! — this causes all kinds of problems downstream, for the people in question and the states in which they live. So New York, Connecticut and Pennsylvania are finding ways to de-fang the bite of the food stamp cuts, and anti-hunger activists are encouraging other states to follow suit. That’s good news for poor families, bad news for political schemers who’d rather prioritize corporate tax cuts and military spending over domestic anti-poverty programs. So sorry, Congressional pro-hunger guys: some families still get to eat food, despite your best efforts. Deal with it!

12. No Lie Can Live Forever: Predicting a Vegan America by 2050 — I try to be realistic about the two-legged mammals; but there are signs of progress, and as the author of this piece points out via MLK quote: ‘The arc of the moral universe is long, but it bends toward justice.’ What do you think? This article makes for interesting reading, in any case.

So There You Have It!

That’s the good, bad, and ugly news from around the Food-O-Sphere this week.

Stay informed about all the current events in the food world: subscribe to the EDB newsletter, find us on Facebook, follow us on Twitter, and meet me back here every Saturday for a roundup of the best and worst stories from the world of food!