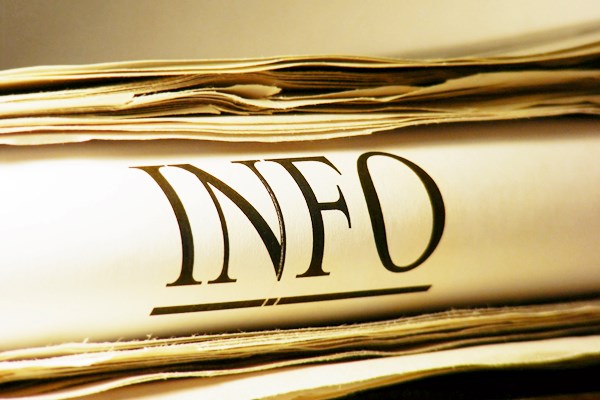 I’ll give it to you straight: this week’s food news isn’t for the faint of heart! Food recalls, food insecurity, corporate SNAP exploitation, and 3-D food printing loom large on the week’s newsfeed. But there’s good news too: Hawaii’s surfers are getting up to some nifty non-GMO activism, and Samuel L. Jackson gives vegan eating (yet another) hefty celebrity boost. So don’t be afraid: read on, for the worst and best news this week in the world of food!

2. Kids’ Cholesterol Levels Way Too High, Study Finds — New research reveals troubling indicators about our kids’ cardiovascular health. Of about 12,000 pediatric study participants, a third of the children had ‘borderline or abnormal’ cholesterol levels — these results are consistent with prior studies, in raising concern about the rising incidence of heart health problems among young people. Childhood cardiovascular problems increase risk for adult heart health problems, which in turn increases risk for debility and premature mortality.

There’s an elephant in the snack room, here; let’s at least name the big guy! The dietary cholesterol requirement for humans is zero; unlike cougars and wolves and other carnivores, who don’t get cardiovascular problems from consuming too much cholesterol, that stuff really messes with our physiology when we clog ourselves up with it. Maybe that’s something we should consider, as we reflect on the rising incidence of cholesterol problems in children. I’m just throwing it out there, for possible reflection!

3. 11 Beverage Industry Fails — For a neat (and very annoying) mini-roundup of recent news stories highlighting awful industry behavior, read this. Dear food and beverage industry: can you guys please just not be jerks?! Just try it out, to see what it’s like. Maybe it wouldn’t be as hard as you seem to think — you never know until you try! Please try. That is all.

4. Wal-Mart makes official its reliance on food-stamp recipients for profits — In newly filed documents, Walmart reveals a deep concern that they might somehow have to pay their workers enough to buy food. Apparently reduction in food stamp benefits hurts the retail behemoth’s profit outlook. OH NOES!!! I thought hunger was a problem before, sure; but you guys: s**t just got real!

Here’s a question, submitted for societal consideration: what possible justification can we either offer or accept for allowing this kind of overt corporate dependence on taxpayer-funded public assistance programs, towards the goal of fierce and frantic avoidance of paying workers a living wage?

5. Another round of food stamp cuts in states — Because the last thing we want around here is for poor families to have access to food, right? We need those dollars for military spending and corporate subsidies, after all. So let them eat… um… well I don’t know what, but definitely not cake! Because after cutting these programs, simple things like flour and sugar drift beyond the reach of many struggling families.

6. Don’t Kick Drug Users Off Food Stamps — Georgia embraced ignominy last week with new legal measures designed to worsen hunger among at-risk families, by introducing a drug testing requirement for people receiving food aid if case workers have some kind of subjectively ‘reasonable suspicion’ that they might be one of Those Kinds Of People who might get up to no good.

As reported in this Slate article,

The bill’s sponsor, Rep. Greg Morris, calls this “common sense” legislation. “Hard working Georgians expect their tax dollars to be used responsibly and efficiently,” he said in a statement earlier this year.

Yes, we must utilize food assistance programs responsibly and efficiently — you know, like for supporting Walmart’s efforts to exploit workers!

Read the full article, for why this kind of legislation creates vs. solves problems (if it’s not already self-evident).

Are You Freaking Kidding Me?

Every week’s news presents me with stories that require extensive editing to remove unprofessional language, prior to publishing this compilation. The food stamp shenanigans in the news already pose certain challenges in that regard, yes. But to round it out, this week has offered my internal censor some additional duties: it’s surprisingly difficult to provide expletive-free commentary on stories like this!

Please mentally (re)insert four-letter words to the commentary below, according to your own best judgment; then offer me a virtual organic vegan cocktail to celebrate my Herculean restraint and/or editorial perseverance.

7. A Massive Corn Dog Spill Shut Down Louisiana Interstate 220 for a Day – I’m not sure why this story bothers me so much. Maybe it’s the whole ‘insult to injury’ thing: just at the ‘truck full of corn dogs’ part of the story we’ve already got vast amounts of a GMO’d up resource-wasting product reliant on unnecessary cruelty and violence for ‘cheap’ food production, towards the goal of churning out highly processed additive-packed edible foodlike items ideally suited to contribute to optional debility and early death, with a side of climate change. THEN, it’s all a DOUBLY-wasted effort towards nefarious goals when the end result of all’a that cruelty-packed resource-wasting massively destructive process is strewn across the highway.

THAT IS A WHOLE AWFUL LOT OF WASTED THINGS FOR NO GOOD REASON! I guess that’s the root of my desire to use sailor-caliber invectives during discussion of this story.

8. 3D-printed food looks very…appetizing? — Ok, look: someone convince me this is a good idea! Maybe there’s an application of this technology that would be more positive than the scenario I’m envisioning, in which we move even further in the wrong direction (a.k.a. ‘more processed edible foodlike objects’ and less ‘real actual food appropriate for consumption by human beings’). Squirting liquid food-goop into a printer and telling it to make it shaped like a tomato doesn’t seem like nearly as good an idea as just eating a (expletive edit) tomato! Oh, yes: and by the way, early trials will be with hamburgers — because, you know, factory-farmed antibiotic-ridden GMO’d-up additive-laden fast food isn’t quite the perfect processed food until it’s goopified, squirted into a printer, and reconstituted!

Seriously: someone please explain to me how this is the answer to any question worth asking, regarding the wildy dysfunctional food system we’re struggling to transform.

9. Can The Meat Industry Help Protect Wildlife? Some Say Yes — Of course, the ‘Some’ who say ‘Yes’ are meat producers! Coincidence? Not effing likely! I’m going to go ahead and commit to foreshadowing: look for more from me on this topic, next week. For now, just read this article with your critical-thinking cap on.

Suggested questions: what’s the meat industry’s track record with ‘protecting wildlife’? If some ranchers are trying to do less harm rather than more harm, does that in any way change the fact that less meat consumption will likely reduce the inevitable environmental impacts of animal agriculture? Conservancy efforts are great; but are there any efforts ongoing that ONLY the meat industry could undertake? I think there’s a false dichotomy underway here: the choices aren’t simply between ‘whether the meat industry does it’ and ‘whether it doesn’t get done.’ That’s a conceptual frame with a distinct and obvious ulterior motive, and we’ll talk more about it next week!

Suggested expletives: sorry, but I’ve succumbed to societal pressures and edited them out. It took a long time, as they were many and colorful!

Good gravy — those stories made my brain hurt. Let’s find some sweeter food news bites, to cleanse our mental palates!

11. States use farm bill loophole to stem food stamp cuts — Because, you know, hunger is a problem! It’s a problem for actual PEOPLE, I mean, not just for Walmart. Some states are finding ways to circumvent foolishness; that counts as a win each time it happens, and we’ll take it!

12. Samuel L. Jackson credits vegan diet for weight loss and youthful looks — (THUNK) … that’s the sound of anti-veg sterotypes hitting the floor, each time a prominent public figure identifies as vegan. Celebrity endorsements aren’t what makes it worth doing; but they definitely help to normalize the choice within mainstream public awareness, and it’s appreciated!

13. Vegan menus hit mainstream — I’ve said it before, and I’ll say it again: we’re just not THAT ‘weird’ anymore! As vegan eating assumes an ever-greater role in public consciousness (with tons of celebrity advocacy, which never hurts!), restaurants respond to increased demand for vegan nom. Our world takeover is proceeding apace, mwahahahaha!

Stay informed about all the current events in the food world: subscribe to the EDB newsletter, find us on Facebook, follow us on Twitter. Then meet me back here every Saturday for a roundup of all the food news you need to know about, in order to eat… and drink… better!