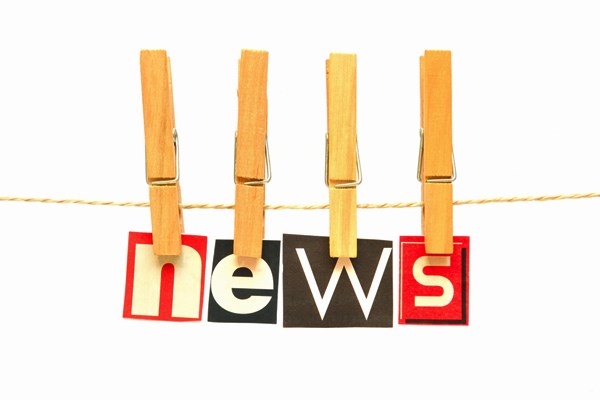 This week’s food news is maddening and stomach-turning, if you don’t happen be a sociopath who loves animal cruelty; but on the bright side, if you adore ag-gag laws and think accountability, food safety, and the First Amendment are all for the (antibiotic-resistant-disease-ridden) birds, then you’re in for a real treat! Monsanto offers up some rather obnoxious distractions to this ag-gag foolishness — unfortunately for human kidneys, Monarch butterflies, and pretty much that whole ‘environment’ thingie. But before diving in to all those noxious Big Ag news fumes, let’s talk about progress: yes, some exists! For all the good, bad and ugly in the food world, get your news fix here!

1. Future Generations May Finally Shake Obesity: Rates Dropping Among 2 to 5 Year Olds — A study published Tuesday in the Journal of the American Medical Association offers a glimmer of positivity this week: although obesity rates have held steady for most age groups over the last decade, childhood obesity among 2- to 5-year-olds has declined by 43%. A prior study suggests that kids who are overweight by age 5 encounter significantly increased risk for obesity later in life, so this is good news indeed!

2. In a first, Agriculture Dept. plans to regulate food marketing in schools — For the first time ever (which begs discussion, by the way, though we can save that for another day!) the federal government moved this week towards limiting the food industry’s lucrative and insidious marketing of junk food to children in public schools. Such advertising can currently be found in about 70% of elementary or middle schools and 90% of high schools, so the White House-USDA proposal for increased regulation represents potential positive change in the world. The problem of rampantly destructive junk food marketing to children still needs our societal attention! But ‘out of schools’ is at least a good start; so we’ll take it, please and thank you.

3. New Nutrition Labels are Coming! — Every now and then the FDA stirs and twitches and shows rudimentary signs of life regarding the ‘F’ part of its name, rather than acting as a nonregulatory food industry minion. In such a twitch, the FDA is currently working on revising standards for nutrition labeling — hopefully with an eye towards increased consumer knowledge regardless of industry preference. Guidelines for nutrition labels haven’t been updated at all during the last 20 years (again: this begs discussion — why the heck not?), so this also represents positive change in the world. New labels are expected to emphasize realistic portion sizes, calories, added sugars, and frequently-under-consumed nutrients like potassium and vitamin D.

All Good Things Must End: So Now for the Badness

It’s been a good week for purveyors of animal cruelty, a good week for politicians who like campaign contributions from Big Ag’s deep dark government-subsidized pockets, and a good week for anyone who wants to commit illegal acts such as sexual harassment or farm worker exploitation or food safety violations within an animal production facility. That means it’s been a bad week for farmed animals, animal industry workers, the First Amendment, and people who want food that won’t make them sick.

4. Ag-gag Ugliness Gains Ground in Idaho: Bill Clears House, Awaits Gov. Signature — One thing I’ll say for this cruelty-ridden anti-transparency-mongering industry: they’re consistent! Every time someone gets in the door with a camera to expose the hideous things going on in ‘animal production facilities’ all across America, their response is to say, ‘HOW DARE YOU CATCH US DOING THAT!’ So naturally when undercover investigators revealed egregious animal cruelty ongoing at an Idaho dairy facility, factory farming interests set out to make it a criminal offense for anyone to show you what they’re doing — because obviously the problem isn’t that they’re DOING it, it’s that someone might TELL you they’re doing it!

Yeeeeaaaaaaaaaaaaaaahhhh, NO. These anti-whistleblower laws offer nothing of value to a sane society, and deserve both contempt and staunch resistance from anyone who eats food in this country.

But no: this time The Badness won.

7. Turn Off That Camera! Idaho Gov Signs Tough ‘Ag-Gag’ Into Law — In a classic last-minute late-Friday-news-dump maybe-they-won’t-notice bit of political chicanery, Idaho’s governor signed the damn thing late yesterday. It’s now officially illegal to report illegal activity, if it occurs within Idaho’s animal facilities — if you document illegal acts at a dairy facility NOW, you can be punished by a year in jail and a $5000 fine.

According to ABC News,

‘In debating the bill, legislators cited undercover footage taken at Bettencourt Dairies — that aired last year on ABC News “Nightline — showing horrific abuse of cows.  An activist working for the group Mercy for Animals recorded brutal abuse of cows in 2012, including the beating and shocking of the animals. The video was turned over to local law enforcement and criminal charges were brought against three employees at the facility. One pleaded guilty to misdemeanor animal cruelty.’

Under the brand-new legislation, penalties for the reporter could be harsher than the penalties for the abuses he or she documented. ‘Perfect!’ — animal cruelty enthusiasts and factory farming interests (which increasingly tend to be same entity).

This bill passed Idaho’s Senate in early February, the House this week, and the governor signed it just now — why the rush, I wonder? No, wait, I don’t wonder at all: it’s because public opinion overwhelmingly opposes these dangerous laws, and legislators know it. If they don’t ram them through as quickly as possible, they go nowhere!

If Idaho’s goal was to protect atrocity, well then: mission accomplished! Also where do I apply for a species transfer, please? Each time a law like this passes — this makes seven, nationally — I go looking for that form.

Heads-up to Tennesseean readers: the ag-gag slime is oozing your way, in a particularly noxious new form. So get your boots and picket signs ready — this is not a drill!

8. The Gag’s All Here: Rep. Andy Holt Revives ‘Ag Gag’ — The Republican legislator (naturally — there’s a definite partisan trend here) who sponsored Tennessee’s failed ag-gag bill last year is at it again. This time the legislative stinkiness is even sneakier, with a clause added to a bill primarily concerning the use of drones in agriculture.

‘Of the three bills criticized by the animal welfare groups this year, perhaps the most akin to last year’s bill is one largely devoted to regulating the use of drones in agriculture. But section ten of the seven-page bill (SB1892) — a “sneaky” insertion, said McCollum — is a provision creating the crime of “surreptitious commercial surveillance.”

The offense occurs, according to a legislative staff summary, when an employee or another person on a business property delivering goods or services makes a recording without the business’ permission and under “false pretenses.” The crime is deemed “aggravated,” with a higher penalty, comes when the “electronic or photographic images or audio recordings” thus obtained are transmitted to others.’

As far as I know this marks new territory, in the animal industry’s frenzied and relentless struggle to avoid anything resembling transparency or accountability for their illegal and/or unethical behavior. To find your Tennessee legislator, go here! I bet they’d love to hear your opinion of this sneaky attempt to pass wildly unpopular anti-whistleblower legislation without calling it ‘ag-gag.’

From the ‘Are You Freaking Kidding Me?!’ Files

Ah, that Monsantopheles! To distract food ethics enthusiasts from the atrocities protected by ag-gag laws, they’ve arranged a bit of tragicomedic entertainment for you…

10.  Monsanto “Goes Organic” and Wins “Sustainability Award”—Right! — Bwahahahaha! Nice one! … wait, what? Not an Onion article?!

You guys: the world has officially slipped into three-dimensional self-satire.

Just try to do more hysterical laughter than banging your head on the wall, please, because we need every last one of you people who give a damn about sustainability to stay involved in resisting this kind of greenwashed nonorganic GMO-fed horse poop. If you all have frustration-derived head injuries, the already-overwhelming task of working to reform this effed-up food system becomes that much more difficult. So please, good EDB readers: choose hysterical laughter only! Thank you.

11. In the Midwest, It’s Monarchs Versus Monsanto — In a nutshell, Monsanto’s glyphosate-based herbicide (Roundup) is wreaking havoc on milkweed, which loss is devastating Monarch butterfly populations. The Natural Resources Defense Council wants an EPA review of its rules related to glyphosate use — preferably while ‘Monarch butterflies’ are still real extant things in the world, rather than sad museum exhibits next to heath hens, passenger pigeons, and Tasmanian wolves.

12. Monsanto’s Roundup may be linked to fatal kidney disease, new study suggests — A study published in the International Journal of  Environmental Research and Public Health links Roundup’s glyphosate to a type of chronic kidney disease affecting poor farming communities around the world. Nothing says ‘sustainability’ like avoidable fatal disease for poor farmers, provided it generates huge profits for global megacorporations — right?! (No.)

14. GMO crops may cause major environmental risks, USDA admits — As GMO-planted acreage steadily increases, so does herbicide use; according to a newly released report, ‘herbicide use on GMO corn increased from  around 1.5 pounds per planted acre in 2001 to more than 2.0  pounds per planted acre in 2010.‘ That’s a problem likely to continue to worsen, thanks to the escalating problem of Roundup resistant superweeds. Environmental impact of that continual escalation is a big question mark — but hey look! A SHINY BALL! Also… um… SUSTAINABILITY!!

OK, So Listen Up Conscious Eaters…

So take a deep breath, have a large glass of your favorite organic wine, take a long hot herb-scented bath, walk your dog in a peaceful wood — whatever activity best tends your sanity-garden! — and get right back to working on the problems facing this messed-up food system of ours.

Knowledge necessarily precedes action, even — maybe especially — when that knowledge is anything but pretty. So stay informed about everything good, bad, and ugly in the world of food: subscribe to the EDB newsletter, find us on Facebook, follow us on Twitter, and meet me back here every Saturday for all the best (and in the case of ag-gag legislation, worst) news about what’s on your plate and how it got there!

See you next week, with all the best and worst news from the food world — hopefully trending towards more ‘progress,’ and less towards ‘awful.’