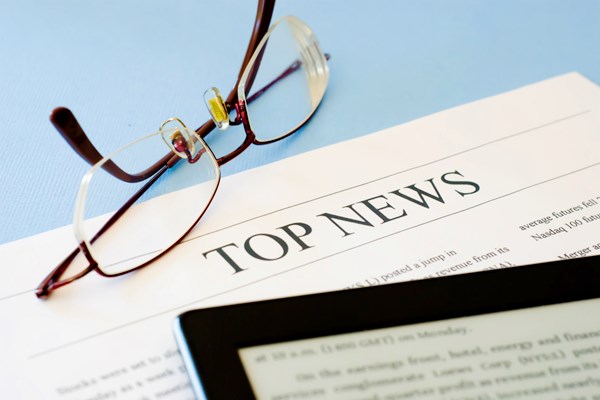 1. Added sugars in diet linked to heart disease deaths — A study published in this week’s issue of the JAMA Internal Medicine journal finds that “A higher percentage of calories from added sugar is associated with significantly increased risk of [mortality related to cardiovascular disease].”

3. Salmonella outbreaks expose weaknesses in USDA oversight — YES. YES THEY DO. So what are we going to do about it?!

4. FDA Announces New Rules on Infant Formula Safety — Checking for salmonella! Making sure companies are adding the nutrients they promise your baby’s formula contains! So that’s nice. Here’s an interesting question though: why is this news?!

5. Subway to remove ‘dough conditioner’ chemical from bread — A chemical called azodicarbonamide adds stretchiness and springiness to things like yoga mats and rubber-soled shoes; it also adds known carcinogens (its breakdown products, urethane and semicarbazide) to bread, when used to mass-produce bread dough. The food blogger known as Food Babe focused attention on Subway’s use of this un-yummy chemical, already banned for human consumption in Australia and the European Union, and now they say they won’t use it anymore.

When we demand better food, we get it! Make a note.

7. Families, food distribution networks strained by cuts in federal benefits — That federal budget thingie? Turns out it has consequences beyond the beltway talk-show circuit. We can do better, good people; we can do better.

8. School Apologizes for Black History Lunch Menu — I’m sad to report that this does NOT appear to be an Onion story. This kind of story is why the word ‘facepalm’ was invented! See ‘we can do better,’ above.

9.  5 things the farm bill will mean for you — Good, bad, and ugly: all well-represented here.

10. How American Food Companies Go GMO-Free In A GMO World — Food companies scramble to meet ever-growing demand for non-GMO food, within a system designed and refined over the last few decades to support GMO food crops. An assortment of growing pains (like change itself) is inevitable.

11. Total ban on GM food production mulled in Russia — Too bad we can’t be as progressive as Russia! When a person has to say that phrase, something has gone awry with our national food policy.

12. A call for GMO labeling — Thoughtful labeling-positive posts by biology Ph.d.’s on mainstream media outlets: I like it!

13. Bill would set up GMO labeling discussions — In a nifty trend away from the mindless parroting of biotech lobbyist’s goals, a Republican legislator (Rep. Brian Greene, Utah) floats the notion that maybe we should at least discuss the idea of GMO labeling. Weird, right? The tide, my friends: it turns.

14. Vt. GMO bill gets showing of public support — over 200 people gathered in Vermont’s Statehouse to show support for GMO labeling.

Dear biotech dudes: this whole GMO labeling thing is not going away! Please make a note, and adjust your expectations accordingly. Thank you!

15. Coalition launched to advocate for federal GMO labeling — Oh, hey: I guess they heard me. A group of industry folk want to work on federal labeling efforts. Interesting — I recommend watching this initiative with a skeptical eye. Specifically, watch for watered down rules that would preempt more stringent state efforts to accurately label foods containing GMOs.

But being savvy food consumers — I can tell ’cause you’re EDB readers — I probably don’t need to tell you that!

16. Food giants try to hijack GMO-labeling issue  — But just in case, here’s a good summary of the kind of attempted usurpation that seems likely.

Nutrition: It’s What’s for Dinner (but Don’t Ask Your Doctor About It)!

17. UML students develop app for soldiers to track nutrition (VIDEO) — New material to file in the ‘What A Cool Idea’ folder! Often active duty military guys and gals experience unwanted weight loss, due to constant movement and high levels of physical exertion. This new app can help calculate nutritional needs for military folks in the field, to prevent the fatigue and weight loss resulting from inadequate nutrition. What a cool idea!

18. Why Your Doctor Can’t Help You With Nutrition Help You With Nutrition — ‘There’s tremendous ignorance about nutrition among physicians. It has never been part of the culture.’ Since all the top killers and debilitators of adults in the U.S. — heart disease, stroke, cancer, diabetes — are lifestyle diseases heavily mediated by diet, that’s really less than an ideal situation! Don’t you think?

21. A well-planned vegan diet can be perfectly healthy — Stop the presses! No, wait, that’s not news — I was thinking of something else. Carry on. (Also please note that the vegan takeover of mainstream awareness is proceeding apace, mwahahaha.)

22. The Mayor Went Vegan, Then Spread the Word — East Texas as a vegan food culture hub? Yep! See above, re: ‘mwahahaha!’

23. POLL: Should McDonald’s Go Vegan? — ‘Kathy Freston has created a petition on Change.org urging McDonald’s to add a plant-based sandwich option to their menu. And she’s not the only vegan celeb who wants to be able to hit the McDonald’s drive-thru: Folks like Alicia Silverstone, Russell Simmons and Ellen Degeneres have signed the petition, along with 91,000 other people.’

Seriously, vegan friends: if we keep this up, we’re just not going to be that ‘radical’ anymore! And what a shame THAT would be, right? (Nope!)

Stay current on all the hot food-news happenings: subscribe to the EDB newsletter, find us on Facebook, follow us on Twitter, and meet me back here every Saturday for a look at the week’s top news in food!