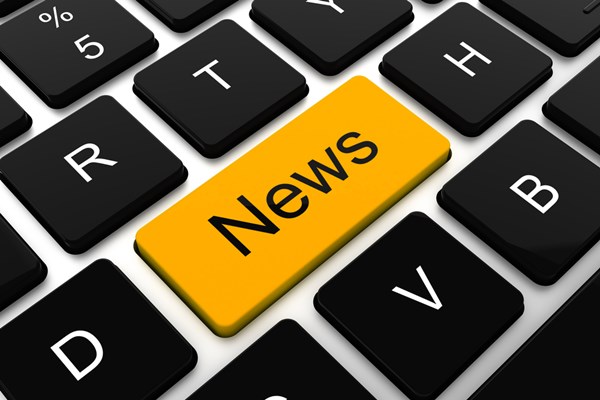 Idaho strides boldly towards hideousness, with its latest bill aimed at criminalizing animal-ag whistleblowers. Food stamp use rises among a population where it absolutely should not, and a new report indicts the ‘substantial equivalence’ assessment that boosted GMOs to grocery-shelf sovereignty. Meanwhile poison seeps into your food from its packaging, and grocery manufacturers try to dupe you with deceptive labeling — okay, technically that last thing isn’t (strictly speaking) ‘news.’ But the food news world has been hopping this week: don’t miss the good stuff, read on!

1. ‘Ag-Gag’ Bill Moves Closer to Making Idaho 7th State to Criminalize Hidden Cameras — Because, you know, TERRORISM!!! if someone films animal industry workers ‘stomping on cows, beating and dragging them,’ or ‘showing dairy employees physically and sexually abusing cows,’ then OBVIOUSLY we’re dealing with anti-cruelty pro-food-safety terrorists, right?! As in, ‘Industrial animal facility owners know that if you see what they’re doing, you’ll be terrified at the thought of paying them one more red cent to keep on doing it.’ Most likely you’ll also be appalled, horrified, and enraged.

2.  ‘Ag-gag’ bill moves forward — Unacceptable! Go here or here or here or here, for more on why everything about this kind of legislation deserves staunch resistance from anyone not a sociopath — also from sociopaths, actually, if they eat breakfast-lunch-and-dinner within an industrialized food system, and don’t like foodborne illness and/or food heavily seasoned with fecal matter.

3. Shocking New Factory Farm Investigations Show Why We Must Defeat Ag-Gag Bills — In case I didn’t say it already, these bills are toxic, and a giant all-caps big bold NO. Tell your friends!*

*(Especially friends who live in Idaho.)

4. Kentucky pig abuse video released as Idaho ponders ‘ag-gag’ bill — This industry CLEARLY NEEDS WHISTLEBLOWERS. (And NO, Kentucky meat people, you don’t need an ag-gag bill — you just need to knock it off!)

5. Food stamp use among military rises again — Go ahead, someone — I dare you! — convince me this is the best we can do, as a nation.

6. ‘Natural’ vs ‘Organic’: How Food Labels Deceive — Wait, WHAT?! Food companies use deceptive labeling, to trick consumers into buying stuff they don’t really want? Say it ain’t so! (Spoiler alert: it’s so.)

8. As deadly pig virus spreads, USDA warns of impact on hog supply — Speaking of that which must stop, can we talk about what happens when you cram a ridiculous number of living things into filthy and completely unsanitary conditions? Pardon me for saying so, but the problem here is not the ‘impact on hog supply.’ It’s the ‘farming’ system that facilitates the rise of disease related to overcrowding animals in grotesquely filth-ridden environments. So, you know: maybe we should knock it off!

Clean Food and Water? Pffft, As If!

9. Duke Energy Coal Ash Spill — Clean water is so boring — what it really needs is a bit of toxic foaming agent, for seasoning! Or so West Virginia coal purveyors would love for you to believe.

10. Scientists caution harmful chemicals are seeping into our food — BPA, melamine, tributyltin, triclosan, and phthalates: it’s what’s for dinner! Even when used in perfectly legal and FDA-approved manner, these health-damaging compounds leech into food from containers and packaging materials. Maybe– and I know I’m a radical for suggesting this! — just maybe the FDA shouldn’t approve the use of food packaging materials that are going to seep into food and cause health problems. Perhaps we could explore that idea someday? Maybe?

11. Court gives FDA deadlines on food safety overhaul — Dear FDA, please get it together! Thank you. Sincerely, EVERYONE WHO EATS FOOD.

12. School lunch supplier closed by USDA reopens; some Hot Pockets recalled — I don’t want anyone to think this is the only reason Hot Pockets deserve a ‘no-thank-you’ rating. But yes: the fact that some of them apparently contain contaminated meat from the infamous Central Valley Meats is also a problem!

13. GMO assessment has ‘failed’ at protecting public health – report — Genetically modified foods were deregulated via declaration of ‘substantial equivalence,’ rather than consideration of any evidence supporting the hypothesis that any particular variety of GMO is safe for human consumption. Problematic? Austrailia’s Permaculture Research Institute says yes-indeed-it-is, since ‘new studies, independent of the biotech industry,  are showing up “glaring differences” between GMOs and  their non-GMO counterparts, suggesting the concept of substantial  equivalence is flawed.’

15. 67% of Consumers Won’t Pay More For Non-GMO Foods — Ok, first of all: why should they have to do so?! That’s the wrong question. If we shift our subsidies such that Monsanto, Dow Chemical, and other biotech giants aren’t reaping the lion’s share of those funds, this question becomes irrelevant — it’s a false dichotomy. Also, once you’ve asked the wrong question, let’s consider the answer: according to this survey, about a third of consumers ARE willing to shop preferentially for nonGMO foods, even at greater expense. Capitalism dictates that sellers pay attention to numbers like that, it seems to me!

Finally, this article’s author points out that ‘Survey results found more than half of U.S. consumers express some level of concern about GMOs, but when asked to describe GMOs, many primary grocery shoppers are unclear, which may be a factor in their unwillingness to pay a higher price for non-GMO foods.‘ On this point, I offer no argument — so share, share, share, good people! Knowledge necessarily precedes action; the more consumers understand the issues surrounding GMO-driven agriculture, the more progress becomes possible.

17. Should Obesity Be a ‘Disease’? — Thoughtful EDB readers, what say ye? I’m on the fence about this one. Comment below!

Stay informed about food news from around the web-o-sphere: subscribe to the EDB newsletter, find us on Facebook, follow us on Twitter, and meet me back here every Saturday for all the best (and in the case of ag-gag legislation, worst) news in food!