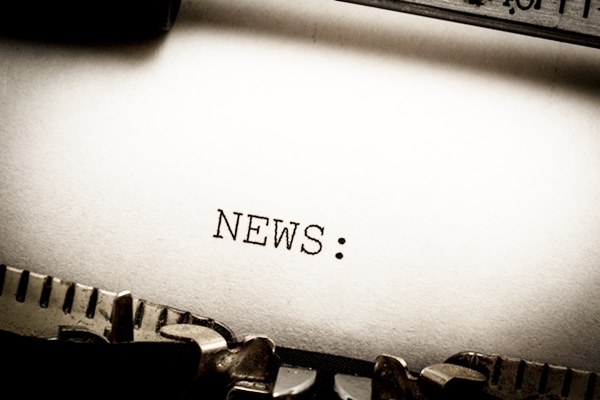 As of this week, the U.S. finally boasts at least one state with a rudimentary GMO labeling law! But according to China, our corn is still icky because there’s precious little actual regulation of GMOs in our food products. New research compares the relative powers of sugar vs. fat to trigger food cravings. And Sriracha’s in trouble again —  batten the (cupboard) hatches! Animal-ag debacles, farmed animal cruelty, and vegan wins abound. Read on, for the week’s top news in food!

Which triggers more powerful cravings, sugar or fat? An interesting new study says sugar has an even stronger pull than those fatty ‘comfort foods.’

From the New York Times blog:

‘While both kinds of shakes lit up pleasure centers in the brain, those that were high in sugar did so far more effectively, firing up a food-reward network that plays a role in compulsive eating.’

Someone tell me this isn’t really happening!

Between you and me, I feel some hoarding coming on.

That’s a recommendation I have no problem embracing. Nom!

Meanwhile in Less-Nom News: this Week in GMO

U.S. exports look unappealing to (ahem) nice progressive countries like China, who set their own GMO policies rather than just writing up and signing whatever Monsanto tells ’em to.

The concept of requiring fair and accurate GMO labeling grows less ‘radical’ by the day, even as industry tries to spin hyperbolic gold from hay after Seralini’s GMO-cancer study is forcibly retracted.

The journal belatedly decided that though they “found no evidence of fraud or intentional misrepresentation of the data,’ … after reviewing Séralini’s raw data, determined the results were ‘not incorrect,’ but ‘inconclusive,’ and therefore not suitable for publication.”

…which has absolutely eff-all to do with all the reasons some of us view GMO-driven agriculture skeptically. More on that topic later!

For now suffice it to say that there are many many many reasons not to swallow what the biotech industry is trying to feed us, and they have nothing at all to do with Gilles-Eric Séralini. Hey, look at that — here’s one now:

Meanwhile, in a ‘sign of the times’ kind of moment, Connecticut’s governor signed the first U.S. GMO labeling law this week!

Because of some very cautious language in the new law, it will only go into effect if certain conditions are met by surrounding states — read, ‘if the biotech companies have to litigate against many vs. one state, when they inevitably fight to the bitter end to maintain their greedy vicelike deathgrip on our regulatory agencies and legislative bodies.’

That Bill Gates fellow: he’s one sharp (vegan-friendly) cookie! He’s already funding Beyond Meat, and now setting his double-barreled financial sights on chickenless eggs. Not only is it a fantastic idea in terms of sustainability and climate change issues, but — based on the skyrocketing interest in veganism —  it’s a damn smart business decision, too.

Find some excellent new anti-cruelty anti-factory-farming pro-sanity advocacy in — wait for it — The Rolling Stone this month! Truth is goin’ mainstream, you guys: that’s why animal ag people are fighting so hard for non-transparency. People all over the place (not just us ‘radical’ vegan types) are realizing what they’ve been up to, and IT IS UGLY.

I approve this message! … and these as well, from the past week’s news cycle:

For that last one, the answer is ‘learn more about meat production.’ Visit a slaughterhouse, watch Farm to Fridge or Meet Your Meat, and presto: that determination becomes easily self evident.

For HOW, once you’ve determined to do it, listen here:

Or if you’d rather read than listen, check out EDB’s Complete Guide to Vegan Cooking for Beginners.

While we’re on the subject of things to avoid eating…

This week the USDA called for recall of some 90,000 pounds of meat sold by Yauk Specialty Meats (or is it… YUK Specialty Meats? mwah wah waaaaah) to outlets in Colorado, Nebraska, New Mexico, Utah and Wyoming. According to inspectors, there’s a bit of a rodent problem at that company’s production, storage, and retail areas — follow the link for a list of recalled (i.e. killed for no good reason) animal bits.

We’ve talked here before about the recent appalling cruelty perpetrated by dairy workers (though NOT by undercover reporters!) against baby cows; when this s**t gets out, it has at least SOME negative consequences for companies who get caught doing it.

If you wonder why ag-gag laws are all the rage in animal-ag circles, or why the reporter of this abuse is now facing criminal charges: it’s these kinds of consequences for cruelty. It’s any accountability whatsoever: that’s what animal product purveyors simply cannot abide.

Transparency among meat, dairy, and egg producers criminal but) absolutely vital, assuming animal torture is not our stated goal.

And for most of us (excluding animal-factory interests), it is NOT.

‘[The new virus known as] PEDv causes diarrhea, vomiting and severe dehydration. Hog epidemiologists have found that a large number of very young piglets infected with the virus die.

While the disease has tended not to kill older pigs, mortality among very young pigs infected on U.S. farms is commonly 50 percent, and can be as high as 100 percent, according to veterinarians and scientists studying the outbreak.’

Would-be horse butchers got good news Friday, when an appeals court cleared the way for resumption of horse slaughter for meat in the U.S. Opponents will undoubtedly continue to resist, but there will be equine gore and dismemberment for patties and cutlets while they do so.

I’ve written about this before, and probably will again once my nausea and rage subsides a little. Meanwhile explore below for an in-depth consideration of the issues surrounding ‘big-dog’ slaughter:

I’ll meet you back here next Saturday, for a roundup of everything new and noteworthy from wide world of food!