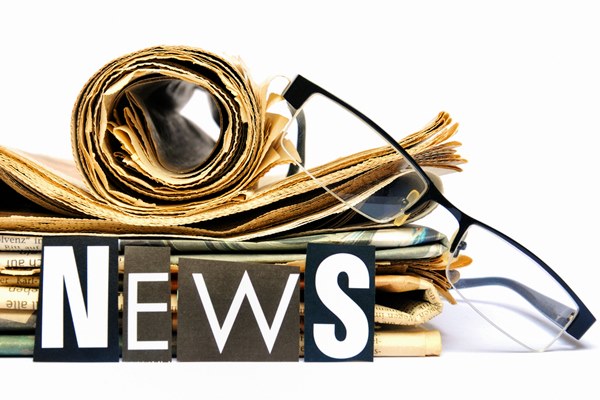 What do GMOs, Gilles-Éric Séralini, turkeys, folks who dare to grow their own food, and poor families have in common? They’re all under some serious fire, in this week’s top food news. Meanwhile organic agriculture and Al Gore are doing just fine and dandy! Read on, for all the top news from the wide world of food.

The Food and Chemical Toxicology journal announced this week that they’re retracting Gilles-Éric Séralini’s study linking genetically modified corn to increased cancer incidence in rats. Editors claim that the peer review process failed to work properly, when Séralini’s paper published in November of 2012. They now reject the study design and conclusions, say it shouldn’t have been accepted for publication, and want Séralini to voluntarily withdraw it; editors say they’ll expunge it with or without the author’s cooperation.

Séralini’s study is NOT the reason many non-GMO advocates challenge the biotech approach to growing food, but that’s how it’s being presented by many media outlets.

The sad fact is that research on the safety of GMO consumption is virtually nonexistent; there may well be problems with this study — let’s do some better ones, then! Peer-reviewed independent research (NOT research done in secrecy by those who stand to profit from positive results) sounds absolutely lovely.

For the record, let’s all take a moment to note its glaring absence!

Whatever happens with this Séralini business, it has nothing whatsoever with why I think GMOs should be viewed skeptically by thoughtful consumers of food. It’s not news, but in light of recent events bears inclusion here.

As public awareness rises, so does demand for GMO labeling. Maine and Connecticut look like the next contenders for the First State to Require Labels prize:

There’s no good reason not to label products containing GMOs, and many good ones to do so. C’mon, Connecticut and Maine!

This week’s news cycle offers a whole new reason to watch GMOs with a skeptical eye:

You know what would be great, in terms of sorting all of these GMO health questions right out? Some nice peer reviewed studies in which the health implications of human consumption of GMO foods are explored to any degree whatsoever.

Or did I say that already?

Due to the aforementioned rising public awareness of GMO issues, demand for organics continues to increase.

Nice work, GOP fellas — Scrooge would be so proud!

This week’s story from the Are You Freaking Kidding Me Files will make you want to throw things.

You know… if you throw rotten tomatoes at the perpetrators of this foolishness, technically you’re reducing food waste. Um, right?! No, no, just kidding; don’t throw anything at anyone — but this kind of story definitely runs counter to food rev progress!

This Just In: Turkeys Aren’t Animals!

Weird, right? Turkeys look like animals to me! But under animal cruelty laws, they aren’t. Birds raised for food aren’t protected by legislation such as the Humane Slaughter Act, so literally no amount of animal torture is off the table when it comes to turkey ‘production.’ This week, via a  filthy and cruel and largely invisible process, some 46 million birds were decimated to celebrate Sara Josepha Hale’s imaginative fancy.

Meanwhile, Compassion Over Killing released a new undercover video exploring all the hideous things that deserve no place on anyone’s plate — nothing shown here is illegal, remember: it’s all just ‘standard industry practice.’

If you eat it, why not watch it? Know what you’re supporting! And if it makes you pale and trembly and sick, support something else.

If you can’t bear to watch the video, read this news article about what happens to the birds before they’re wrapped up all neat and plastic-covered in your local grocery store.

On the topic of ugly things that people outta know about: did you know that if you film someone committing animal cruelty for the purpose of reavealing and stopping such egregious acts, you’re guilty of animal cruelty? In the Bizarro-Land of modern ‘farming,’ that is apparently the case.

You guys: whatever diet you follow, this kind of legal manipulation to ensure complete food industry nontransparency DOES NOT BODE WELL.

Speaking of Not Eating Turkeys…

…or other critters: Al Gore was outed this week as a (gasp) VEGAN! For someone concerned with climate change and environmental destruction, it makes perfect sense. Gore drew heavy criticism from veg*n circles, back in the Inconvenient Truth days, for indicting the meat industry yet continuing to support it.

Then meet me back here every Saturday, for a roundup of everything new and noteworthy from the food world!