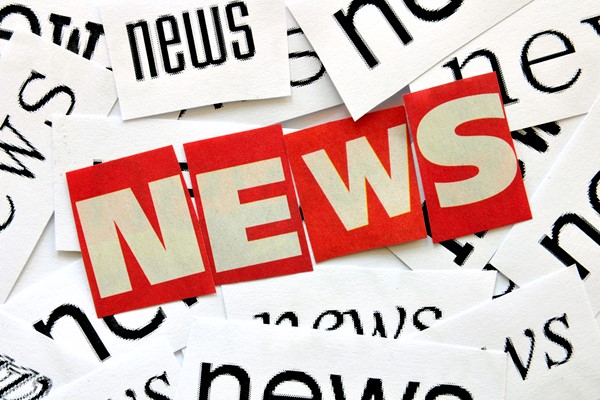 As of this week, we now have two — count ’em, TWO! — states with GMO labeling laws on the books! GMOs steal the show again this week, with things happening fast thanks to informed consumerism and industry pushback. The USDA threatens NC’s federal funds over their bungled food stamp program, and physicians tell Congress that food stamp cuts will spike federal spending on health costs for poor families. If you follow ag-gag foolishness — please do, it needs your attention! — Indiana’s at it again. Plus the vegan community lost a kind strong voice this week, in Rynn Berry’s passing. Read on, for these and all the top news stories from the food world!

Once again the news is chock-full of GMO developments:

Maine becomes second state to require GMO labels — Connecticut was the first, with legislation that won’t go into effect until surrounding states are also on board the labeling train. Well played, Maine! Progress noted.

Original Cheerios go GMO-free — we’ve talked about this here before, but media coverage is ongoing and encouraging.

This GMO Apple Won’t Brown. Will That Sour The Fruit’s Image? — growers of non-GMO apples worry that efforts to avoid biotech products will prompt people to avoid apples in general. (Don’t!)

A Green-Movement Website Shakes Up The Debate Over GMOs — after six months of in-depth research for Grist magazine, an investigative journalist finds muddy water and ambivalence.

Federal funds at risk over ‘serious failure’ in N.C. food stamp program — North Carolina has bungled assistance for more than 6,000 families, for more than three months! The USDA says if the state can’t get it together, they’ll lose federal funding.

Despite USDA threat, NC food stamps backlog got worse — so much for that idea! Come on, NC: that’s no way to run a railroad (er, federally funded state program).

Our View: Return of the ag gag bill a bad deal for all — Indiana legislators revisit their fond dream of criminalizing factory-farm whistleblowers, with an ag-gag bill that would create a whole new and penalizable crime: ‘agriculture mischief.’ Basically it would make it criminally ‘mischievous’ for anyone to describe or document or reveal anything that goes on in ‘agriculture’ that consumers find ugly and cruel and disgusting, that could put people right off their lunch and prompt them to stop paying those poor beleaguered mischief-victims to engage in rampant institutionalized animal cruelty.

For further reading — AFTER you listen! — here are some of the links we reference during the interview:

Indiana’s ag-gag attempts failed last time around, but bear close watching as they try it again.

This Week in Grief and Loss

The food world lost a kind man, vegan author, and historian of the veg*n movement this week, in the person of Rynn Berry.

According to The Daily Meal,

Berry dedicated his life to promoting the vegan and vegetarian movement, writing several books such as Vegan Guide to New York City, Fruits of Tantalus, Food for the Gods, Famous Vegetarians, and Hitler: Neither Vegetarian nor Animal Lover.

Berry was an advocate for the history of vegetarianism, explaining on his website that he “think[s] it is important that people be made aware that the vegetarian movement has a venerable history behind it. It didn’t spring full-blown from the head of a flower child in the 1960’s. It really begins with Pythagoras in the West in the sixth century BC and has reasserted itself periodically ever since.”

Rynn Berry, Pioneer in Vegetarianism and Veganism, Has Died — Berry, 68, collapsed while jogging in a NY park on December 31; he passed away Thursday, January 9. RIP, Mr. Berry, and thank you for your work towards making the world a more compassionate and less violent place. May we all leave behind such a powerful legacy!

Sugar not as bad as tobacco say nutrition experts — so, that’s nice. Of course, that bar is set pretty darn low!

Study: Food industry cuts 6.4 trillion calories — apparently the food industry has ‘cut daily calorie counts by an average of 78 per person, a new study says’. That’s great and all, but if you’re waiting for the food industry to manage your calorie intake… my friend, you are in serious dietary trouble!

Developments are unfolding quickly now, in the world of GMO news especially! Be sure to stay up to date on the latest food news about sustainable food for a healthy lifestyle: subscribe to the EDB newsletter, find us on Facebook, follow us on Twitter, and meet me back here every Saturday for a look at the week’s top news in food!