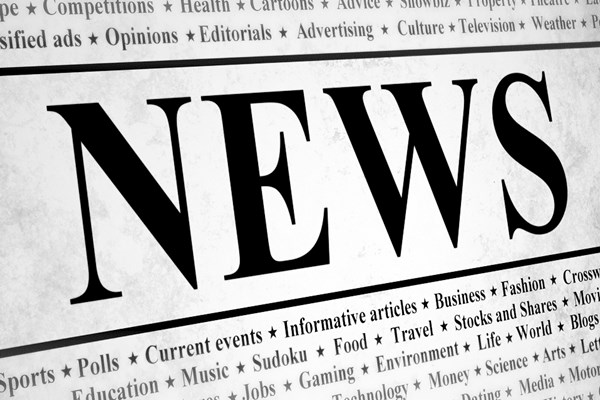 Should a man lose his home for the crime of growing food? Are Monsanto shareholders joining the GMO labeling fight? Just how comfortable are we with kids going hungry? Is Walmart the real victim of recent food stamp cuts? Have we, in fact, lost our minds as a society? Read on, for answers to some of these questions and mounting evidence regarding others. Get your weekly food news update here!

Are You Freaking Kidding Me?

1. Fined for Growing Food: Sean Law’s Permaculture Forest — A Florida man planted his property with fruit trees and other permaculture ‘food forest’ plants, and now it may cost him his home. In related news, our society has lost its everloving mind.

2. Wal-Mart: Food stamp cuts to hit profits — Well NOW I guess it’s a problem, right?! I mean, hungry poor kids yada yah whatever; but O MY GOODNESS, POOR WALMART! Beyond the obvious eye-rolling needs here, we should talk about how cuts to social safety-net programs always hurt the economy. Someone tell the GOP! Because there seems to be some ongoing confusion — maybe Walmart can slip it into the conversation, next time they hang out at the club.

3. Utah School Draws Ire For Taking Kids’ Lunches; Debt Cited — 40 school kids had their lunch taken away and thrown in the trash, when cashiers realized those students’ accounts had outstanding balances. “It was pretty traumatic and humiliating,” mother Erica Lukes told the Tribune.’ Her daughter, 11, was one of the students whose lunch was thrown away. “These are young children that shouldn’t be punished or humiliated for something the parents obviously need to clear up.”

As far as I can tell, this is not an Onion article. Please reference ‘society has lost its mind’ remarks, above.

5. USDA shutters N.J. slaughterhouse over calf treatment — THIS: this is why animal industry folks want ag-gag laws. This is also why they can’t effing have them!

6. Is Chipotle’s Anti-GMO Campaign Scaring Up Customers? — The short answer is ‘Yes!’ There’s clearly a demand for non-GMO food. That’s why biotech companies fight so hard against labeling: they know you don’t want the stuff they’re selling!

7. ‘Vegan Lobby’ and Chickens Celebrate Victory for Battery Cage Sizes —  California passed Proposition 2 in 2008, requiring that ‘cages for veal calves, pregnant sows and egg-laying chickens allow the animals “to lie down, stand up, fully extend their limbs and turn around freely, reports SFGate. But it almost didn’t happen…’

Republican Rep. Steve King (Iowa) wanted language that would enable animal ag folks in other states to continue being as cruel as possible to farmed animals anyway, but continue to sell results of that cruelty in California despite the new animal protection guidelines. This week that plan failed; and it’s about d**n time.

8. Colorado lawmakers again reject GMO labels — Well, this is actually only a partial ‘boo,’ because the rejected labeling law would have been a voluntary measure ‘to give food producers the option of labeling food that doesn’t include genetically modified ingredients.’  Right to Know Colorado GMO is gathering signatures for a ballot initiative that would *require* labels on foods containing GMOs, so that’s a better plan anyway.

9. GMO Critics Protest Monsanto Meeting; Shareholder Resolutions Fail — Even some Monsanto shareholders object to the company’s commitment to nontransparency, and submitted resolutions at Tuesday’s shareholder meetings calling for improved risk assessment and an end to the fight against GMO labeling. But — surprise! — ‘Monsanto  officials recommended rejection of the proposals‘ to knock of the anti-labeling hissyfit.

10. Small Cuts To Food Stamps Add Up To Big Pains For Many Recipients — Dear Walmart: THIS is the problem, actually. Make a note!

Stay current on all the hot food-news happenings: subscribe to the EDB newsletter, find us on Facebook, follow us on Twitter, and meet me back here every Saturday for a look at the week’s top news for food fans!