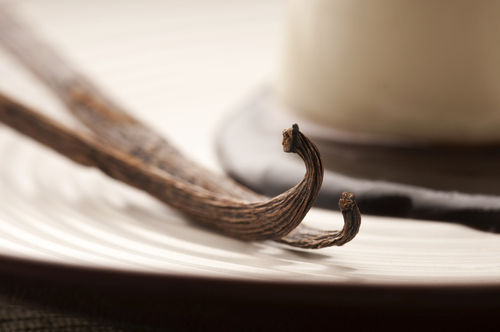 Valentine’s Day is just around the corner, and that means sustainable foodies are talking a lot about the link between chocolate and child slavery.  The chocolate-slavery connection is an important one, and one we’ve talked quite a bit a out before, too.

What I haven’t seen folks making much noise about are the labor practices surrounding vanilla production. This is something that’s been on my mind since the holidays. I ordered a big bag of vanilla beans from Madagascar online to make my own bitters as holiday gifts. When I mentioned hunting for vanilla beans in bulk, a friend mentioned that she suspected that vanilla had some of the same issues as chocolate. Of course, I was in denial about it and didn’t get to researching until the holidays were well over. What I found was depressing at best.

While I didn’t find anything about a link between slavery and the vanilla industry, I found an eye-opening piece on Change.org about what goes on in the vanilla industry. The quote from the article that really drove things home for me was this one, from an eight-year-old worker named Noary:

We work for six to seven hours a day from dawn.  Many of my friends work in the fields around here. We don’t go to school. I work with my family. Close to the harvest time we all have to sleep alongside the plants to protect them. Ants cover our bodies.

Madagascar vanilla has its problems, and Uganda’s vanilla is on the U.S. Department of Labor’s List of Goods Produced by Child Labor or Forced Labor (pdf alert).

Ethically-minded companies are starting to take notice of this issue, too. Ben & Jerry’s is planning to use fair trade vanilla (and other fair trade ingredients) in its products by the end of next year.

Have you guys seen other fair trade vanilla out there? This is an issue where your wallet casts a powerful vote.